by watchdog
in Entertainment, Lifestyle
4 1 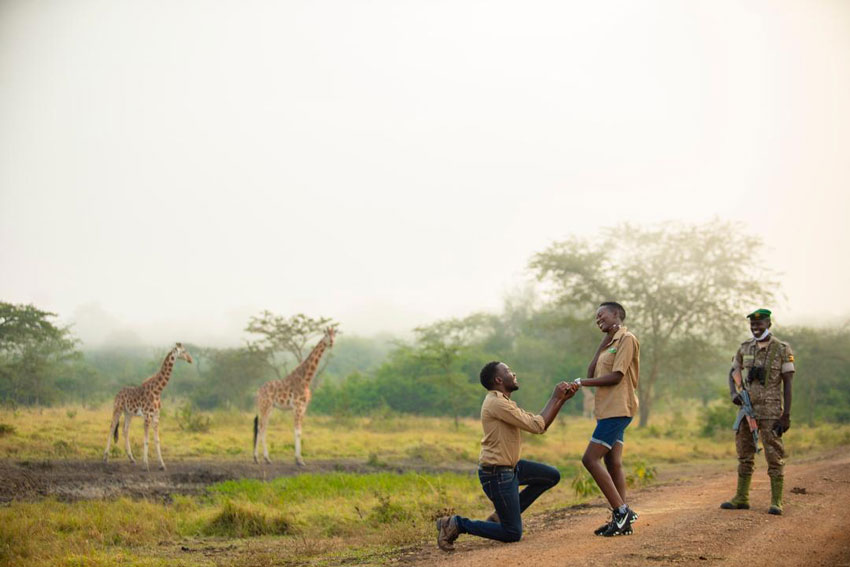 Man proposes to his girlfriend

Most men, who are willing to get married, just want a happy and easy-going woman who has good values. Want a marriage proposal fast?

Then embrace these tips

1. You are not bossy

When a man first meets you, and thinks your character trait is OK, he starts to feel he should propose and walk down the aisle with you. However, once he starts to feel like he is in grammar school being told what to do by his teacher, he will take a walk.

2. Don’t play games with his heart

Never ever think that being a game player will help you get a man. Though he might be intrigued by a hard-to-get lady in the beginning, as soon as he decides that he is interested in her, all he wants is an honest straight-shooter.

3. Don’t want to change him

Some women claim to love a man ‘just the way he is’ but little by little, they want to change everything about him. First, it’s his wardrobe, then, it’s his taste in music. Never attempt to change his friends and his hobbies either.

4. You don’t get jealous

A jealous woman is on edge always because she is very distrusting. Just because you have been hurt in the past, don’t be on guard for anything that looks or feels wrong. When a man first meets such a woman, he wants to reassure her that he is nothing like that guy in her past. However, once she accuses him one too many times, he will have no choice but to leave her because he can’t go through his life being prosecuted for somebody else’s crimes. So, learn to trust.

5. You are not clingy

As a woman, you must have something going on in your own life so that you are not always clinging to him. Don’t be too difficult for a man to date, let alone marry. At first, he is flattered that you are so in love with him and wants to be around him always; but very quickly, he feels overwhelmed and suffocated by you.

Not all men like to be viewed as a father figure. Initially, he might like how you look to him for approval and the answer to all of your questions, but soon, he realises that he wants to be intimate with a real woman, not someone who is stuck in her teen years trying to get daddy to notice her.

7. Not tied to your mother’s apron strings

A man is comfortable with you when he realises you don’t call on your mother always to make a decision on your affair with him. He gets scared the more when you cannot do without getting her opinion on everything.

8. You don’t talk about others always

Most guys are turned off when you always love to gossip and talk about other people. Not only that, when you love to hear things about other people as well. Initially, this could entertain him but eventually, he begins to wonder what you are saying when he is not around.

You don’t have to be everyone else! A lady, who is constantly talking about what other people do and what they have, places a lot of undue pressure on her man. Be yourself, live your size per time and shun pretences.

Never make negative comments on mothers-in-law whenever you are around him. Let him know his mother is as special to you just as she is to him. His siblings? Show love to even the nastiest of them all.

Why FUFA parted ways with Desabre?