10 years later: Survivors of 2010 Lugogo Terrorist Attacks Give Chilling Testimonies Of How Prophet Mbonye Prophesied Tragedy Before It Happened

by watchdog
in Lifestyle
9 1
0

Several Christians and followers of Prophet Elvis Mbonye, of Zoe International Ministries, who survived the 2010 Al- Shabaab terrorist attacks in Uganda that occurred at Kyadondo Rugby grounds and Ethiopian Village, Restaurant in Kabalagala, respectively, have given touching testimonies of how the man of God prophesied the horrible incident just a month before it happened!

In their chilling confessions, the Christians, most of them survivors of the terrorist attacks at Kyadondo Rugby Grounds, gave their confessions in a new documentary filmed by Zoe Ministries, in which they all revealed how Prophet Mbonye told them during a conference held in May 2010 that he had received a vision from God about a pending terrorist attack in Uganda, although none of them knew it would really happen just a month after the prophesy.

It is now exactly 10 years since the brutal attacks on July 10th, 2010, which left over 74 people dead and at least 71 injured after the Al-Shabaab terrorists exploded bombs in a fully-packed rugby field where soccer fans were watching the 2010 FIFA World Cup finals; Below are the testimonies of some of the survivors.

Frank Kakooza, who survived the bomb blast at Kyadondo Rugby grounds, said that “I just heard a blast. I can’t even tell you how loud it was But the State has to come out clearly and respect the word of prophesy that comes out of Prophet Mbonye, because he has been saying things which have come to pass. For instance he prophesied about Trump, The choppers, this bloodshed that happened in Lugogo; now why don’t you talk to that person? Fore warned is forewarned; Why wouldn’t anyone want to listen to him?”

Judith Akankwasa, another survivor, added that “we were screaming and scampering for our lives. Not many of us; really few of us had sensed that this was an attack. What made it even more interesting was the sound behind us of a second explosion. My instinct told me to take cover and I was crying to God; have mercy on me. I repent. I repent. But I was astonished to later know that the man of God had actually seen this before hand and he had endeavoured to warn his people. This message was out there although it wasn’t received by everyone, it was out there. I am amazed at what God can do.”

Robert Semujju, whose head was partly shattered by shrapnel from the bomb, miraculously survived the explosion, said that; “I was seated, watching the match. Then all of a sudden I don’t know what happened next. My skull had been blown to the extent that even part of it was shattered and it was open. I think God never wanted me to see that situation anymore. Because after Lugogo, me I went to the mortuary directly. It’s by his God grace, I am here. But later I recalled the man (Mbonye) had prophesied about it. Meaning that through him, God had warned about what was going to come.

Annet Bananuka, a teacher, said that “When I heard news of the attack, I remembered that I had been at a conference during which Prophet Mbonye had warned of the first ever terrorist attack in Uganda. He said he could see an explosion. He could see bloodshed.”

Here is the link to the testimonies on video;

Prophet Mbonye has since prophesied about several other events that have come to pass. For instance, in 2012 he prophesied that Uganda would be engulfed in grief after losing some of her citizens in a plane crash and asked Christians to pray about it. Just a few weeks after he had pronounced the prophesy Uganda lost gallant soldiers who perished in a chopper crash that occurred on Mount Kenya. Seven out of a 28-member crew lost their lives when the Mi-24 chopper failed to negotiate the 17,000 foot altitude of Mt Kenya.

About Prophet Mbonye:
Elvis A. Mbonye, in some circles, might be labelled a modern day mystic. However, what would perfectly define his calling is the biblical calling of the prophet. The consistent record over the years of the startling prophetic revelations and predictions accompanied by their confirmation and fulfilment testifies to the heavenly office Elvis occupies and operates.

Some of these prophecies include but are not limited to, “predicting the exact date of the 2004 Tsunami (26th December) 3 months prior to the disaster, the North African government overthrown prior to any signs of upheaval and numerous other prophecies, all in the presence of many attendants to weekly prophetic fellowships held under the banner of Zoe fellowship, a ministry Elvis founded and presides over. 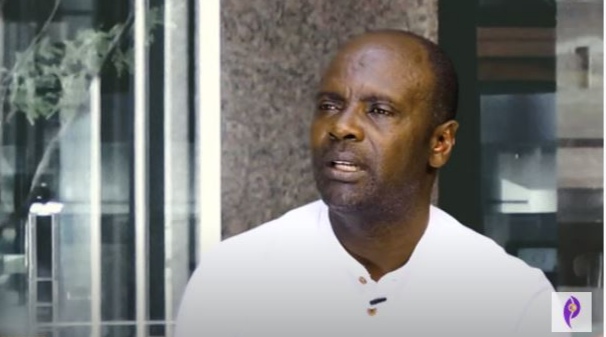 It all started in 1998 after an awe-provoking encounter with the Person of the Holy Spirit in which Elvis’ “old” identity was virtually dissolved, supplanted with a new nature in Christ. Subsequently, the world of unusual dreams, visions and prophetic revelations was open to him.

It would not take long before those around him and others along his path would recognize the prophetic abilities he possessed. His reputation as a prophet would thus spread.

Besides prophesying, Elvis Mbonye also unveils phenomenal insights into the universal principles of God, and thus life, through revelatory discourses that are Biblically sound. The objective is to grant people an experiential realization of the eternal God beyond inherited or learned belief.

Fans roast Tamale Mirundi, after he chickens out of ‘fire & fury’ online show with Gashumba

Please think about us also! Pastor Bugembe pleads to President Museveni to open places of worship

Please think about us also! Pastor Bugembe pleads to President Museveni to open places of worship