Mark Zuckerberg has announced he is to become a father for the second time.

The Facebook co-founder and chief executive is expecting a baby girl with his wife, paediatrican Dr Priscilla Chan.

Mr Zuckerberg, 32, who is worth an estimated $58 billion, said on his Facebook page: “Priscilla and I are happy to share we’re expecting another baby girl!

“After our difficult experience having Max we weren’t sure what to expect or whether we’d be able to have another
child. When Priscilla and I first found out she was pregnant again our first hope was that the child would be healthy.
“My next hope was that it would be a girl. I cannot think of a greater gift than having a sister and I’m so happy Max and our new child will have each other.”
In 2015 Mr Zuckerberg described how he and his wife suffered a series of miscarriages and called for more open
discussion of the subject.
He described the miscarriages as a “lonely experience” that should be talked about more.

Announcing the latest pregnancy he said: “We can’t wait to welcome our new little one and do our best to raise another strong woman.

“I grew up with three sisters and they taught me to learn from smart, strong women.

They weren’t just my sisters but some of my best friends.

“We are all better people because of the strong women in our lives – sisters, mothers and friends.”

Mr Zuckerberg accompanied his Facebook post with pictures of himself and his wife as children with their siblings.

He added: “Priscilla grew up with two sisters and they taught her the importance of family, caring for others and
hard work.

“They have so many inside jokes, the kind only siblings can understand.”

Documentary Film: Why does the health sector in Uganda leave gay groups to rot without medical care?

It is becoming an openly prevalent notion that relationships today just aren’t as meaningful or as fulfilling as the relationships...

A lot of people are clearly not good at managing their own income and they normally end up broke month...

7 ‘Stupid’ things men do when they fall in love

A lot of people are familiar with the adage “love is blind” and it has been scientifically proven that being... 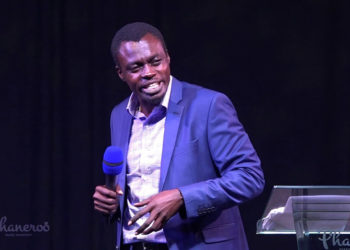 After manifesting the word of God through preaching, Apostle Grace Lubega, the vision bearer of Phaneroo Ministries has now decided...

Documentary Film: Why does the health sector in Uganda leave gay groups to rot without medical care?

Batwa: Marginalised tribe can dance again thanks to Change A Life Bwindi