by Catherine Apolot
in Entertainment, Showbiz
2 0
0

Legendary Kenyan artistes Jua Cali and Wyre have landed into the country today ahead of the long-awaited East African Meat Carnival (EAMC).

The EAMC is set for Saturday, June 25 at the Uganda Museum in Kampala.

Jua Cali born Paul Julius Nunda rose to prominence in 2000, when together with record producer Clemo founded Calif Records and popilarised a style known as Genge. He released chart bangers such as Kwaheri, Kiasi, Bidi yangu and Ngeli Ya Genge among others where he has been ever since.

On the other hand, Kevin Wairegi –Wyre – is better known as the one half of Necessary Noize alongside Nazizi. Necessary Noize would later team up with Ugandan Bebe Cool to form East African Bashment Crew.

The event will feature music and various types of meats from the East Africa (Uganda, Tanzania, Rwanda & Kenya), with sizzling, mouth-watering Kenyan nyama choma taking centre stage. Other Kenyan delicacies such as Mutura and Mukimo will also be on sale.

The  Carnival will also feature a barbecue by renowned Kenyan Chef Pascal alongside Uganda’s Mark Kaheru. 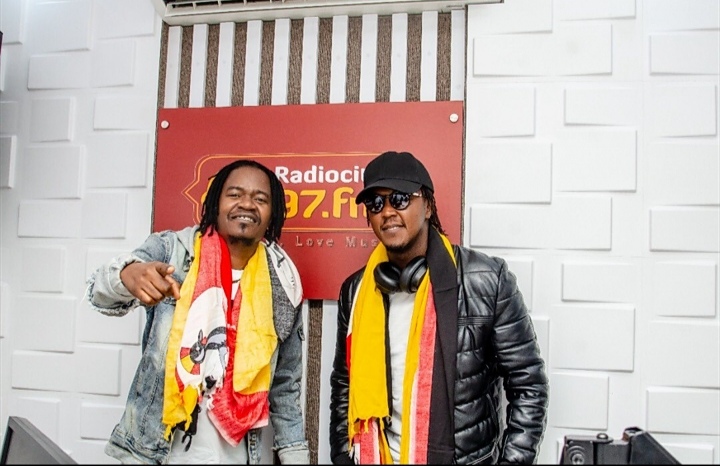 Jua Cali and WyreThe Carnival is open to everyone; all the music and meat lovers- young Families, Entrepreneurs & Corporates.

Tickets are still available through FlexiPay and Quicket, with an ordinary ticket going for Shs40,000 (Early Bird).

There is an all-you-can-eat Carnivore area where meat lovers get to eat as much as they want all day at only Shs120,000 if you buy an early bird ticket and Shs 150,000 cash at the gate, VIP group of 10 at Shs1.4Million.

You can only miss this at your own risk!