Would you take a selfie on Mars? Julien Mauve snaps interplanetary tourists

In his photo series “Greetings from Mars,” photographer Julien Mauve imagines life as a tourist on the Red Planet — selfie-stick and all.
The irreverent photos were awarded the 2016 Sony World Photography Award for professional conceptual photography.
CNN Style spoke to Mauve to find out why he turned his lens to life on mars. 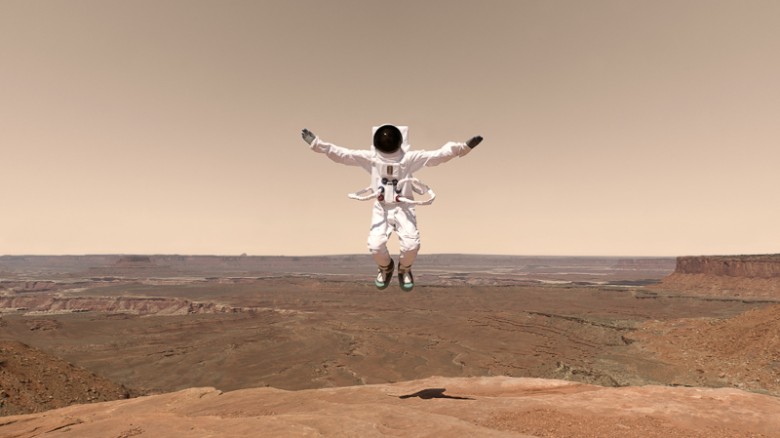 What inspired “Greeting from Mars”?
I’ve been fascinated with Mars since childhood. These days we hear a lot about NASA, Elon Musk and SpaceX. Space exploration and colonization are the greatest adventure of the century, and the fact that we may witness it in our lifetime makes it even more exciting.
In the meantime, Earth has become really small. We’re only 12 hours and $800 away from the other side of the world. People can visit places we would never imagine only 50 years ago. Similarly, space tourism for middle class people is something which could happen in less than 100 years.
On top of that, smartphones and social networks have emerged, allowing us to share our lives with everyone else in real time — a way to prove our existence in the eye of the world. These are all ideas I’ve tried to mix into this project.
Are your photos intended to celebrate or mock the current selfie obsession?
Neither. I like to observe people, I like to see how they act, how they use pictures to convey their feelings. The first time I saw someone taking a picture with an iPad, I was really amused. Same thing with the selfie stick. I wanted to include this in the project because it’s part of our species and who we are today. 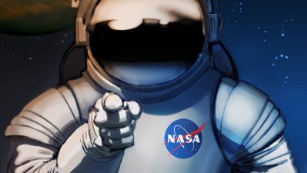 How did you create these Red Planet landscapes?
When it comes to finding Mars lookalike landscapes on Earth, there is not a lot of choice.
Basically, what you need are rocks, sand, canyons and no signs of biological life. All of that with a red tint on it. Australia and the Wadi Rum in Jordan have those kind of landscapes, but I choose the Wild West because it offered a much larger variety in easily reachable distance.
I used a post-production tool to remove some plants or trees, but most of the post-production phase has been color calibration. To create a photographic universe as closely as possible resembling Mars, I used footage from NASA’s Jet Propulsion Laboratory Curiosity rover. 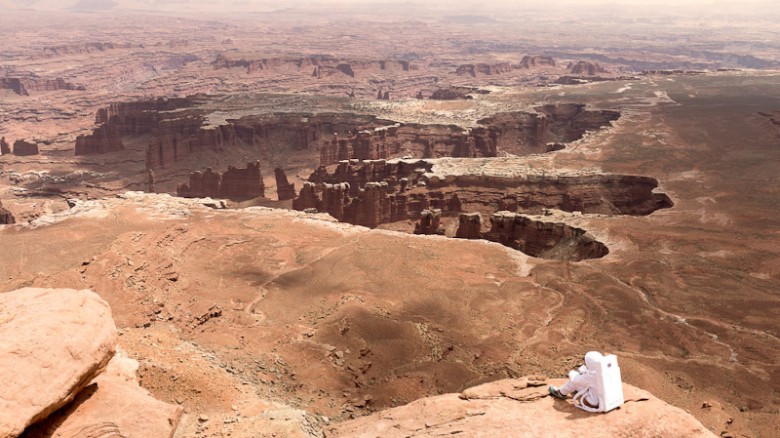 Are your photos meant to communicate a message about the world as it is, or the world as it might be?
Both I suppose. It’s a humorous way of showing how we are today while making us think of what the world could become in the future.
“Greeting from Mars” borders fiction and documentary. How is this relationship important to you?
I want the world that I create to stay as close to reality as possible. That way the audience feels that my photographic world is something they could have experienced themselves.
What feelings do you hope this collection evokes in its audience?
One guy told me that he saw the “Mars” project as an expression of unconditional love. That was not my first intention, but in fact I was the one wearing one of the suits and my wife was the other. At some point I even thought about calling the project “Honeymoon on Mars.” So I was really glad this guy was able to catch this unconscious aspect of my work.
Source:http://edition.cnn.com/2016/08/03/arts/greetings-from-mars-selfies-julien-mauve/index.html
Do you have a story in your community or an opinion to share with us: Email us at editorial@watchdoguganda.com