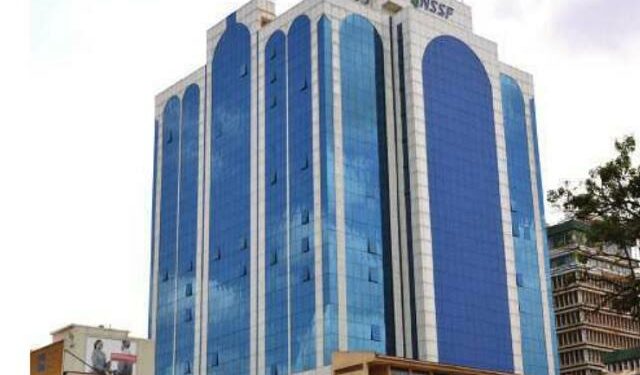 An architect used in the valuation of land government of Uganda, through the National Social Security Fund – NSSF has disputed the quotations and the amount of money used to purchase a 93 acre piece of land in Bwebajja that previously belonged to Joseph Behakanira, commonly known as Avemar.

The land was purchased at Ugx 93 billion after a cabinet resolution in 2016 to construct a one stop center for all government offices such as Ministries Departments and Agencies.

A company, Ssentoogo and Partners was outsourced to handle the process that saw land earmarked, valuation done and purchase expedited.

A source that asked not to be named that engaged in the valuation exercise told this website that there were several flows from the Government (NSSF) side as the value for the purchase of land was inflated to suite the interest of those purchasing.

An acre of land according to the architect who took part in the process, in 2017 was valued at Ugx 350 million. However, with land as a fixed factor of production and with an investment of a hotel (J&M hotel) already instituted on the land, each acre of land was valued at Ugx 600 million for purchase by the gratuity institution.

“We had a lot of arguments on the issue. At one time, we even had to ask whether we can leave the work to those who wanted us to inflate the costs of purchase of such land since it is unprofessional. However, we already had a binding memorandum for which if we abrogated, we were bound to payment a heavy fine,” the source said.

At the cost of Ugx 600 million an acre, all the 93 acres of land would have been purchased at Ugx 55.8 billion. However, the payment of Ugx 93 billion by the National Social Security Fund left taxpayers with deceit of Ugx 37.2 billion.

The source also told this website that despite such negotiations, an agreement between two parties, the buyer and the seller was reached just after them (consultants and valuers) submitting their reports to the different government agencies.

A report this website has seen indicates that the value of land in Bwebajja in 2017, the time the valuation was done indicated that a much lesser amount than the Ugx 1 billion for an acre was needed for the work to be complete.

Just after the payment was made, the family of the estate immediately purchased land just opposite J&M hotel in Bwebajja at a much less price of Ugx 320 million per acre where she constructed a mall for further business engagements.

NSSF, just after the purchase of land contracted Dar Al-Handasah a renowned international company, also said to be bankrupt to expedite the consultancy processes of attaining a contractor who would construct a Ugx 900 billion one stop center for all government offices.

The company will have to use Ugx 42 billion to pick a company that would qualify to do the work. Dar Al-Handasah has previously worked as a consultant for the Uganda Civil Aviation Authority, during the upgrade and expansion of the Entebbe International Airport.

In what was considered a botched deal, the company cleared bad repairs and upgrade of Entebbe International Airport, prompting an investigation by the Head of State and reconstruction by the UPDF engineering brigade with supervision from M/S Ssentoogo and Partners.

We put all these findings to Victor Karamagi, the Communications Officer at the National Social Security Fund. However, we have not gotten any responses to the issues raised.