by watchdog
in Business, Products
11 0 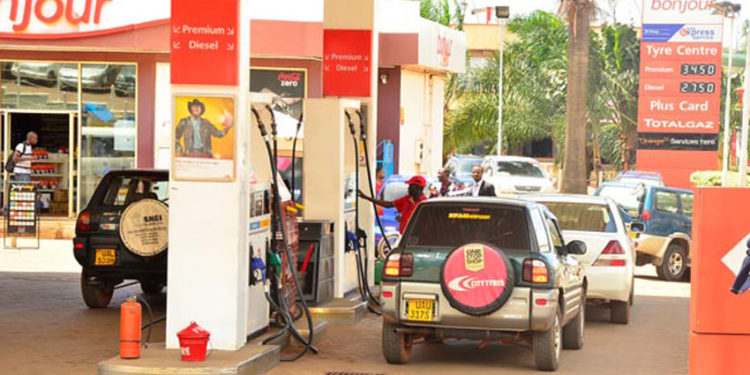 Parliament has passed the Excise Duty (Amendment) Bill, 2020 with amendments which will see an increase in the taxes levied on petrol and diesel effective 01 July 2020.

However, the taxes on items like kerosene, lubricants and motorcycles at first registration have been stayed. Parliament also stayed the taxes on beer, soft drinks, spirits and wine brewed using local raw materials.

Taxes on undernatured spirits made from locally produced raw materials were reduced from Shs 2,000 to Shs 1.500 per litre, fruit juice and vegetable juice, except juice made from at least 30 per cent of pulp from fruit and vegetables grown in Uganda dropped by Shs 50 from Shs 300.

Earlier last week, the Committee on Finance, Planning and Economic Development chaired by Hon. Henry Musasizi had rejected the increase in excise duty rates on all fuels and lubricants in its report to the House.

“The current excise duty rates should be maintained so as to stimulate the economy and enable it recover. These increases in the current rate are not conducive amidst the current economic times,” Musasizi told MPs then.

“We do not need to over burden the country with heavy taxes but at the same time, we must be aware that it is our responsibility to provide Government with resources,” he told the House chaired by Speaker Rebecca Kadaga on Tuesday, 21 April 2020.

Hon Lucy Akello (FDC, Amuru District) argued that taxing the wines that are locally made would only have the vulnerable poor suffer more.
“Look at the village woman trying to make ends meet. If you increase the price of raw materials then she will be out of business because her product will not be marketable and she will not be able to feed her family,” she said.

Hon. Robert Migadde (NRM, Buvuma Islands), said that all agricultural products should be treated equally.
“Fishing is considered an agricultural activity but when it comes to exemptions, then it is considered otherwise. The fishing gear, board engines for fishing boats also is exempted,” he said.

Hon. Nathan Nandala-Mafabi, (FDC, Budadiri County West) said that the taxes were not new.
“These taxes already exist and if the Bill is passed then it means the percentage has increased. It has nothing to do with profit but the cost of production meaning the cost of the final consumer will be high. We shall see a great number of citizens lose their jobs,” he added.

20 reasons why men leave the women they love

Sudhir Family donates for the third time towards COVID-19 fight

Sudhir Family donates for the third time towards COVID-19 fight