Even amidst the strictest public health measures aimed at protecting both international visitors and citizens, Uganda remains open and safe for foreign travellers seeking to enjoy the Pearl of Africa.

by watchdog
in Tourism, Travel
1 0 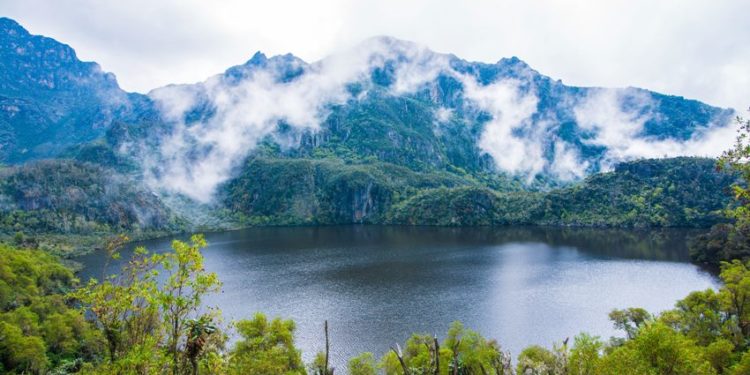 As the world begins to come to terms with the Covid-19 pandemic, ramp up vaccinations and warm up to tourism, the charming allure and unique diversity of Uganda continues to attract travellers in search of bucket-list and once-in-a-lifetime destinations with wide-open spaces and natural wonders.

According to the Ministry of Tourism, Wildlife and Antiquities, tourism numbers, although yet to reach the pre-pandemic levels, are steadily recovering. Overall tourist bookings tripled between August 2020 when Uganda formally reopened its tourism industry under strict standard operating safety protocols, to 83,464 bookings by the end of March 2021. As such, bookings registered by airlines and accommodation facilities doubled by end of March 2021 while bookings recorded by tour operators increased eleven-fold between August 2020 and March 2021. Foreign tourist bookings increased faster in the same period.

Although the country entered a second, this time partial 42-day lockdown starting on June 19th, 2021, there are indications that foreign tourist arrivals are holding steady. Monthly statistics from Uganda Civil Aviation Authority (UCAA) show that international arrivals between May and June reduced by just 16.6% to 29,209 passengers from 35,012 passengers in May 2021. Quarterly, there was an 18.4% increase in international arrivals, from 83,957 travellers in Q1 2021 to 99,384 at the end of Q2 2021.

Julian Wright, a professional mountaineer, lead guide/ field expert for over 15 years and owner of African Ascents Limited, a Kenya-based outdoor adventure company is one of those tourists who has taken advantage of this less busy period, to fulfil his 6-year old dream of conquering Mt.Rwenzori.

Julian is no ordinary mountaineer. He has not only summited both Mt. Kilimanjaro and Mt. Kenya, the two tallest mountains in Africa, as well as several other mountains all over the world, including Kenya, South Africa, the United States, Canada, the Alps, Himalayas, Southeast Asia and most recently the Rwenzoris.

“This is my first time to the Rwenzoris. My main motivation to come here actually started about six years ago. I have been wanting to come here for a very long time, but finally, I’ve been able to come out and see what this beautiful mountain has to offer,” he said in an interview, soonest after returning from a record-setting climb of Mt. Rwenzori.

Record-setting because he climbed 8 peaks in 7 days, which, according to John Hunwick, 73, the founder of Rwenzori Trekking Services (RTS), the company that arranged and facilitated the hike, this feat has never been done before. The best, according to Hunwick, was 4 peaks in 8 days. And unlike most climbers who have to be assisted by porters, Julian carried his backpack with his luggage and climbing gear.

“I have a lot of clients and visitors we’ve had on our mountains in Kenya and Tanzania, who are really interested to come and see this part of the world, so it was really nice to come and see for myself and see what works for them,” added Julian, adding: “You really have an incredible resource here and it’s nice to be able to experience it.”

In total, Julian, who had set off to do 10 peaks in 8 days, had to abandon 2 others due to heavy rain and fog.  Regardless, an awestruck Julian said in an interview (full interview attached) that this was sufficient to give him a feel of the mountain whose ecological diversity, he describes as “mind-blowing” and scenic landscapes as “breathtaking.”

Comparing both the climbing experience and the eco-diversity of the East African mountains, he has summited to Mt. Rwenzori, Julian says the Rwenzoris are exceptional both in quality and quantity.

“I’ve been guiding and hiking, and I’ve been in the outdoors business for a very long time, but the vastness of the Rwenzoris is just breathtaking. I mean, you go into some areas, and it really feels very remote. It feels almost untouched, in a way,” he says, adding: “There are many peaks, and just the sheer ecological diversity, is mind-blowing…. Everything here seems to be three times as big. The leaves are bigger, the plants are bigger, everything is so lush, there’s so much life, and it is truly unique.”

“The glaciers on the Rwenzoris are very unique. They are a lot bigger than any other glaciers on East African mountains,” he adds.

Julian, too was captivated by the Rwenzoris’ bird diversity.

“In the last couple of hours, we have been staring up in the trees, and the guides know their birds so well, that I literally would just ask them, what is that calling, and somebody knew what it was. We have seen the Rwenzori Turaco, Rwenzori Batis, Rwenzori Double-Collared Sunbird and several others. And we have been listening to the Red-chested cuckoos all the way down the mountain; there is very many of them. There is just so much happening, it’s very difficult to actually try and, you know, understand everything,” he told reporters in an interview after his 7 days climb.

About the climbing experience, especially for the inexperienced climbers, Julian said that Mt. Rwenzori by its nature offers a variety of options.

“The trails have been so well managed, and the huts have been so well established that even for somebody who’s not incredibly fit, there are options in between. So, you can break the day up and take your time with it, which then allows you to acclimatize well, and it’s something that I think you’re very lucky with here,” he says adding: “Because you have more ranges, this allows people more time to acclimatize. There is more distance, so people get to acclimatize better.”

Christian and Dagmara Kuhne the Italian mountaineering couple who also this month were facilitated by Rwenzori Trekking Services to climb Mt. Rwenzori, were unanimously in agreement about the unique eco-diversity and the ‘sweet challenge’ presented by the Mt. Rwenzori.

In a July 9th meeting with the UTB Deputy Chief Executive Officer, Mr. Bradford Ochieng, soon after returning from an 8-day climb, the duo also said that Rwenzori’s unique endowment aside, the mountain, unlike many other mountains popular with climbers, is uncrowded which enhances the entire experience.

“We made the eight days trek with Rwenzori Trekking Services, and it was a very good experience with a lot of nature and vegetation,” Christian told the media.

The couple who was brought together by their love for mountains and together have climbed the Alps, Mt. Pyrenes (3,404 m) in Spain, Mt. Damavand in Iran (5609m) and Lenin Peak (7,134m) on the Tajikistan, Kyrgyzstan border and made their marriage proposal atop Mt. Kilimanjaro (5,895 m) and summited Aconcagua (6,960.8 m) in Argentina, say that Rwenzori, in Africa, presents a climbing experience like no other.

Dagmara who at first says was challenged by the rain and humidity said that she later got used to the terrain which she later found to be a sweet challenge.

“When you compare with Kilimanjaro, other than the altitude sickness (because of height), technically Kilimanjaro is a normal hike. Rwenzori is different. You begin in the rain forest, then you have a lot of muddy trails… it rains a lot quite every day. It is also longer. The last push, the last day, climbing Peak Margherita, you have to climb. You have to use crampons (ice axe), so it’s really climbing a mountain. It’s not only hiking,” says Christian.

Mr. Ochieng invited the couple to come again and visit Uganda,  as the country had thousands of attractions

“The world over, we are known as the “Pearl of Africa” and this is because we offer some of the continent’s incredible picturesque landscapes that include mountains, grasslands, forests, rivers, lakes and wetlands, each with its unique ecological attractions. The country’s 10 national parks, 12 wildlife reserves, 10 wildlife sanctuaries, 5 community wildlife management areas and 506 central forest reserves among others, create unrivalled guarantees to come face to face with “The Big Five + 2” – lion, leopard, rhino, elephant, buffalo, chimpanzee and mountain gorilla– as well as giraffe, zebra, hippopotamus, crocodile, and more than half of all bird species found in Africa,” he told the Italian couple.

He also told the Italian couple, that Uganda was also home to Lake Victoria the second-largest freshwater lake in the world which forms the source of the Nile, the world’s longest river as well as Bwindi Impenetrable Forest, one of the most beautiful places on earth and home to more than half the world’s population of endangered mountain gorillas.

Uganda is Open and Safe for Tourism

“Working with the Ministry of Health we have put in place a win-win protocol of ensuring that our visitors continue to travel and enjoy the Pearl of Africa while ensuring both their and our citizens’ safety,” she said.

“All travellers whose body temperature is NOT above 37.5°C (99.5°F), do not have a persistent cough, difficulty in breathing, or other flu-like symptoms, and have a negative COVID -19 Polymerase Chain Reaction (PCR) test certificate issued within 72 hours from the time of sample collection to boarding aircraft shall be allowed to enter or depart Uganda,” said Lilly Ajarova, the Chief Executive Officer of Uganda Tourism Board (UTB).

“All arriving passengers from Category 1 & 2 countries will be subjected to a COVID -19 PCR test on arrival in Uganda in addition to the negative test undertaken from their country of origin. However, individuals from Category 2 countries who have received full COVID-19 vaccination and have no signs of COVID-19 will be exempted from the arrival PCR tests,” she added.

She advised travelling passengers to go online (www.testandfly.co.ug/tourist-order) and fill in the Passenger Location Form (PLF) form and print it. On arrival and after clearing with customs and port health authorities, visitors will be required to present the PLF to the tourist help desk. They will then meet up with their designated safari/travel company representative, who will then drive them to the testing centre for sample collection and thereafter proceed to the designated hotel to wait for their results which should be ready in about 1.5 hours.

“All those testing negative will be allowed to proceed to enjoy The Pearl of Africa while those testing positive, shall be treated according to the Ministry of Health protocols for COVID-19.

Lockdown is not over until the President says so, Police warns ahead of Museveni’s Covid-19 address