OPINION: Why government should come in to support Masaza Cup

by Brian Mugenyi
in Football, Sports
3 0 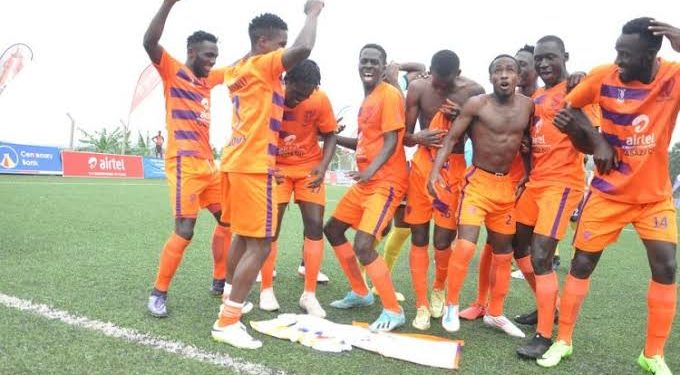 Agree or disagree, the Federation of Uganda Football Association (FUFA) under the days of SC Vipers owner Lawrence Mulindwa faced tough times to secure sports budgetary funds from the government. If it was not St Marys Stadium Kitende boss Mulindwa’s rigorous efforts and exerting pressure on the government, sports would’ve not been where it is today.

The best they could get were periodical facilitation for the players especially when the boys qualify on biggest stages; Afcon, Chan among others.

However, when the Cranes returned to Africa Cup of Nations (AFCON) after the long spell of 39-years, all sports fanatics credited former SC Vipers midfielder general, Farouk Miya for scoring the belting goal against Mali in 2017. Yes, it was a heroic goal. Fantastic!

It was during that period that government led by President Museveni saw a great substance in supporting Ugandan sports.

Since then, Museveni has been radically supporting the National team-Cranes through the National Council of Sports (NCS) although a lot needs to be done especially on grassroot football.

A few days ago, the 2021 Masaza Cup finals took place. They were between  Buganda Premier Charles Mayiga’s  Buddu County Team and Gomba at 20000-seater stadium St Mary’s Kitende. The game ended 3-1 in favour of Gomba which won their fourth Masaza Cup trophy.

The Buganda Kingdom has done conversely whatever it takes to uplift Masaza Cup from a boring to an interesting and more national appealing trophy contest.

And its high time, the government of Uganda came in to further support the tourney which has produced some of the best footballers on the national team.

The Masaza Cup fairytale dates way back in 2004.

Supporting Uganda Cranes overtly is not enough since all the players normally credited on the National team grew from grass root teams and tournaments like Masaza Cup.

Looking at the 18-teams that make up Masaza Cup struggling for funds with no support from government means the state Minister for Sports Obua Denis Hamson has a long garden to harvest.

“I think the good thing is to ensure that we organize funding for our teams from grass root fans and also ensure that the players are recruited from within the stipulated area,” pondered Buddu County chief Jude Muleke.