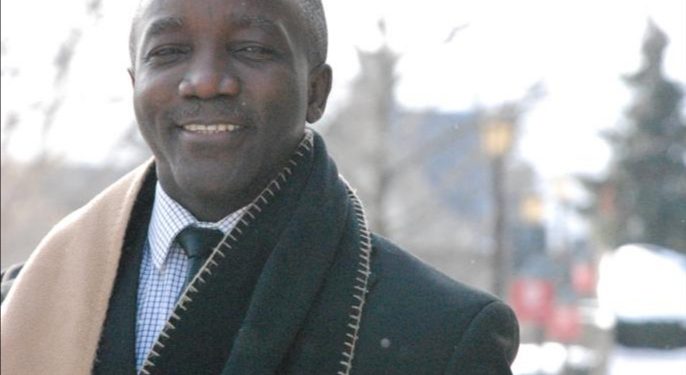 Aesop is a slave and story teller who is believed to have lived in ancient Greece between 620 and 564 BCE (Before the Common Era). The story of the Goose that laid the Golden Eggs is one of his most famous fables. It basically tells of a Young impoverished man and his wife. They one day discovered that their goose could lay a golden egg each day. Out of anxiety and a desire to get rich quickly, they decided to kill the goose, hoping to find a great lump of gold in the inside. Alas – all that they discovered was that it was an ordinary goose like any other. They thus destroyed any further opportunity that they had of enjoying wealth for an eternity. The revelation of man’s short sighted destruction of a valuable resource is quite evident in this story.

In short, at any opportune time that a person picks up a camera or any recording device and takes a still photograph or records a video or documentary, with the objective of financial gain, such person has to first seek authorization from UCC as well as pay a prescribed amount of money to UCC before commencing such activities. But wait – we are still at the point where UCC is trying to squeeze a golden egg out of the creative industry. It gets worse: UCC’s approval of the film content requires that the applicant for a license has to go through a truck load of requirements. This iincludesa full description of the scenes and a full text of the audio-visual content of the entire film or documentary; a statement of the net worth of assets and financial responsibility of the film producer; as well as a statement of proposed expenditure to be incurred by the film producer, inclusive of remuneration of all staff on set.

In order to obtain a license to operate, a commercial still photographer is required to, among others, submit a list of sites proposed for his or her activities; the proposed period of conducting the activities; and a list of outlets for the work produced.

Furthermore, the regulations also provide that any applicant for a license may be required by UCC to enter into a bond with a registered financial institution to ensure that the applicant fulfills the financial obligations under the said license. So, in order to satisfy UCC that you are ready to pay for a license which they may or may not offer you in order to undertake your activities, you may have to enter into a contractual arrangement with a bank to show that you will be borrowing a good amount of money so as to carry out your work.

Regulation No. 80 of 2019 serves as the last thrust of the dagger that killed the goose. This Regulation gives UCC overriding supervision over all forms of stage plays and public entertainment in the country. UCC is given the authority to classify such activities; prescribe fees; regulate content; monitor content and so on. Henceforth, no staging of stage plays or public entertainment shall be allowed by any entity whatsoever, without the issuance of a license by the UCC. In order for one to obtain such a license, he or she has to go through a myriad of application requirements. These are inclusive of submitting a copy of the script of the stage play and, where applicable, a certificate of censorship issued by the Media Council. Advertising of the stage play or public performance also has to go through the blessings of UCC.

I am not even commenting as to whether UCC has the Constitutional legitimacy to oversee the creative industry in the country, as I am trying my level best not to turn this into an academic thesis. However, clearly, what UCC is doing through the avenue of these regulations, is to hand over a noose for all bread-earners under the creative industry to just hang themselves. Sadly, there is no great lump of Gold on the inside because the true definition of intellectual property, which is the basis of the creative industry, is that the gold is the creation of the mind. So if UCC stifles the way the mind operates and inhibits its freedom to function in a free environment, then UCC is preventing the goose from laying any more golden eggs for the country. Ironically, the Social Development Sector Plan (SDSP), of 2015/16 – 2019/20, which is authored by the Ministry of Gender, Labour and Social Development, provides for promotion of culture and creative industries for development. It stipulates for, among other things, the building of the “capacity of actors to design and implement these industries”. Well, it appears that these regulations are a stab in the back against the objectives of the SDSP. Et tu Brute?

We do not have to look far to convince ourselves as to the golden nature of the eggs coming out of Uganda’s creative industry. According to a report by the United Nations Conference on Trade and Development (UNCTAD), which relied on data covering the period 2002 to 2015, the creative economy’s contribution to world trade doubled from $208 Billion in 2002 to $509 Billion in 2015. Golden eggs indeed. In Uganda, statistics provided by the Ministry of Gender, Labour and Social Development under the aforementioned SDSP, reveal that the contribution of the creative industry to employment was 4.5% as of 2014, with a target of 12% for the period 2019/2020. The SDSP also reveals that between 2009 and 2014, the number of people employed in the creative industries increased from 250,000 to 386,000.

In the same vein, the 3rd National Development Plan (NDP III) which was unveiled in 2020, covering the period 2020/21 to 2024/25, preaches an increase in household incomes and improvement in the quality of life of Ugandans. Considering that creativity is generated from the smallest unit of society, which is the household family, the creative industry has a strong role to play towards the objectives of NDPIII but its contribution may be inhibited by UCC’s new regulations.

UCC thus needs to swallow its pride and recall these regulations for they are – in the true sense of the word – illegitimate, considering that they are unacceptable by the industry that they are meant to oversee. Forcing them upon an industry that has out rightly rejected them will surely kill the goose that lays the golden egg and ultimately dent a large part of Uganda’s struggling economy.

The writer is an Intellectual Property Law Professor and Founding Chairperson of the Copyright Institute of Uganda.