Why Bitcoin is finding a strong foothold in Africa

I was in office last week when a young man I supervised a few months ago during internship sent a message that disaster had struck Bududa again. River Tsuume had burst its banks and was raking havoc through some villages on the slopes of Mt. Elgon. This would leave over 40 people dead and many injured. In 2010 about 150 people were killed and over 10,000 displaced under similar circumstances.
I have supervised several journalism students over the years and not many have been as impressive as Busein Samilu, now in his last year of the Mass Communication bachelor’s degree course at the Islamic University in Uganda. Samilu’s main interest is politics. But with disaster falling in the neighbourhood, any journalist would naturally find him or herself there – even our audience is mostly attracted to sudden occurrences – news.
The Bududa story would normally pass off as an environmental disaster – heavy rains on a volcanic slope; gushes, rolling boulders, falling trees, crumbling houses, and wails! But a combination of recklessness and inaction makes it a human error and therefore a political story as well. Samilu should be able to enjoy environmental reporting from this angle.
I have covered the environment beat for over 15 years. My first environmental stories were lamentations – crying over pollution of our water and air, degradation of wetlands, deforestation, endangered species and so on. With more exposure to science, however, I got more interested in presenting the problem but also the possible solutions— my stories became more positive.
Let us understand Bududa a bit. These areas were originally well forested. As people continued to demand more food and energy from the land they subsequently undermined the forest cover. Volcanic soils are soft. When you take away the trees that would hold them firm, you are inviting them to give way during rains. The first blander was for the local people to take the unwise decision of recklessly managing their environment.
In the recent scenario, Samilu informs me, almost all the people who were swept away by the mudslides, had built on the river’s banks. Those who were a safe distance away from Tsuume were not affected.

OK. The problem is already there – the population has grown and the people continue to almost entirely live off natural resources – so what should government do? There is the option of re-settling the victims. But when this was decided in 2010, it was partially done, as the Ministry of Finance did not release some UGX32.8bn for the project, according to reports. Resettlement is what the government is saying again, and the land they are talking about to resettle people on in Bulambuli district is disputed.

This approach is simply reactionary. It does not provide solid ground for dealing with natural disasters (and unnatural disasters as some of these are clearly caused by human error).
Degradation of Mt. Elgon continues and therefore landslides will intensify. The Kyoga basin frequently floods and the Iteso suffer, Karamoja experiences long dry spells and people there starve and die. In the Albertine Rift, the rate at which River Semuliki burst her banks and ravages the land due to extensive environmental degradation has been increasing over the years.
While our population continues to increase, and disasters intensify, the land we occupy is inelastic. The best thing to do is to deal with the problem, not to run away from it. Can we find a way of restoring the vegetation of Bududa and let people use their land in a way that is in harmony with nature? And this should apply elsewhere.
It starts with investing in human resource – in building people’s basic understanding of how nature works and the best way to relate with it.
Resettlement of Bududa victims should only be viewed as a short term solution, not a long term approach to human settlement. Unfortunately our politics only works in a reactionary way – and even there the performance is pathetic.

Police stand in way of Kyarenga Concert after Namboole greenlight

SUMMARY: The bloodshed surrounding elections, and suppression of alternative views from those in power, are the exact outcomes of Ugandan... 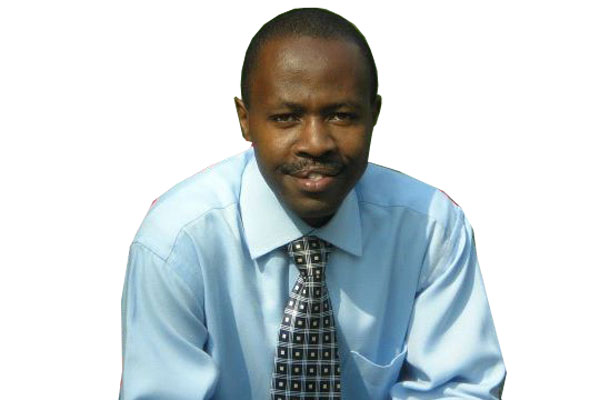 I arrived at Entebbe Airport on 28th July aboard KLM chartered flight for evacuation of Ugandans. We were received with...