Bunyaruguru dispatch: The school economy and the out of touch road toll charges 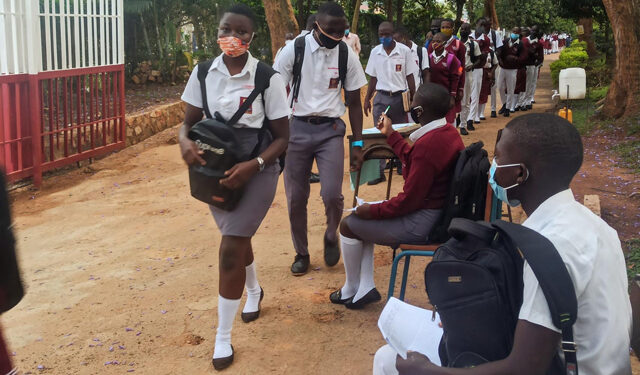 The week that ended on the 9th of January, 2022 was awash with memes all over social media about the COVID-19 3rd wave. That it was not Omicron or  a combination of Omicron and Delta (Deltacron) or some other name that maybe coined by disease entrepreneurs but “Feescron Virus 2022.” Other jokes and barbs were thrown at those who partied with the big boys and now that school fees and requirements are here, they wear sullen faces. Unless of course one belonged to a strong village savings and loan association or some disciplined finance grouping, not many parents had the money at the start of the week to pay for the fees on the first day of Monday, 10th January 2022.

Looking at the available obsolete data from the Ministry of Education & Sports Website of 2015, Pre-primary school enrolment stood at 477,123 with more girl child enrolment. At 3.7% enrolment rate, it is estimated that today or within this week, about 600,000 toddlers will report for pre-primary early childhood learning that includes socialization. I want to think that average cost per toddler is about Ush.150,000/- for 83 days of school engagement. This includes all school requirements.

This average cost includes some of the parents that pay up to Ush.5 million per toddler. With that figure, pre-primary education is worth Ush.90 billion per term, which translates to 270 billion per year. So if you want to estimate how much Uganda lost in this smaller section of education in the two years of the lockdown, it is a sweet 540 billion (half a trillion). To understand what this means in real terms, this is money enough to construct 20 buildings of Mapeera House on Kampala-road!

At Primary level, seven years ago, school enrolment stood at 8.2 million pupils with more girl enrolment. Going by the same 3.7% growth rate, we are talking about close to 10 million pupils that will be in school by close of this week. And let us consider that this time, the cost of each pupil is Ush.100,000/- in over 22,000 primary schools and being taken care of an estimated 200,000 teachers. And therefore, per term we are talking of one trillion shillings and so in a year, we are referring to a whooping 3 trillion shillings. Thus, in the two years that the schools were closed, Uganda lost close to 6 trillion which is 7% of the Ugandan economy or rather an equivalent of 60 buildings of Mapeera house magnificence.

The biscuit is at secondary school and post primary and tertiary education. In all, girl child enrolment drops tremendously at subsequent levels. At Secondary level, girl child enrolment drops to 47% from 51%. But that is another issue for another day. Keeping it to the economics of the education with an estimated 1.5 million students expected to enroll with an average cost of Ush.200,000/- we are talking about another 3 trillion shillings. Consider that a total of 15 million learners at all levels that have been out of school translates to about half of Uganda’s economy that was hampered by the lockdown.

The influence of the school economy too transcends the printing, transport, food and apparels industries and; health. Nearly all the 30 thousand schools and colleges employ at least one school nurse. It is a known fact that when schools resume, the health facilities’ outpatient admissions increase too. That is how powerful this economy of the youngest sub-population that is yet to be productive is the fulcrum of the productive economy!

I understand that the city centre was so jammed as if home was inhabited by sharks and therefore,  everyone wanted to step out in the name of a shark. The stupidly jammed Naalya-Kyaliwajjala-Namugongo stretch and its close cousin of Najjera-Kiwatuule was still edging home by 9pm and the children are expected to have reached home, showered, had supper and ready for bed but ready to rise at 5am. No wonder the Human Resources departments are stretched with already tired employees! Why should an 8-year-old wake up at 5am in the name of school? Study to go to Mars or the moon? On average, a car on those stretches has about 3 occupants; two parents headed to work with a small ‘mummy’ to be dropped at the kindergarten. In developed countries, a great deal of their children walk or ride to school. Their Kampala city counterparts are the major cause of traffic! Whatever happened to educating children in our neighbourhoods. But what do I know? I come from a humble Bunyaruguru. These days I hear they say; “Olemwa!”

Finally, I also got to know that Entebbe road between Kajjansi and Kitala was such a hell of a grindlock and so was the Kajjansi-Lubowa-Najja stretch and the roads that have been feeding into the Entebbe Express. Reason? Refusal to pay Ush.5,000/- toll fee. I asked one transport expert about this and said that sooner, if the fee is not reduced to Ush.2,000/-, the Express will be for the exclusive use of red number plate government vehicles and a hoard of exempted agencies. She said that forgery of red number plates or those that are exempted will increase in order to use the Entebbe Express.

For a long time, accessing Entebbe Airport has been at a cost of 2,000/-. This figure is palatable to a regular car user. If you considered that 10,000 vehicles use this road per day at the rate of 2,000/-, it would translate to 20,000,000 per day and at the end of the month would be 600 million. But now, only about 2000 vehicles may use the toll only bringing in 10M and thus earn only 300 million instead of 600 million if the cost of using the road was reduced to the soluble 2,000/-. Someone is simply out of touch. Uganda has no organic middle class worth talking about. That is why today, it was like a funeral at the Entebbe Express.