HUSSEIN LUMUMBA AMIN: When the murderers forgot to eliminate the only eye witness!

by watchdog
in Conversations with, Op-Ed
11 0 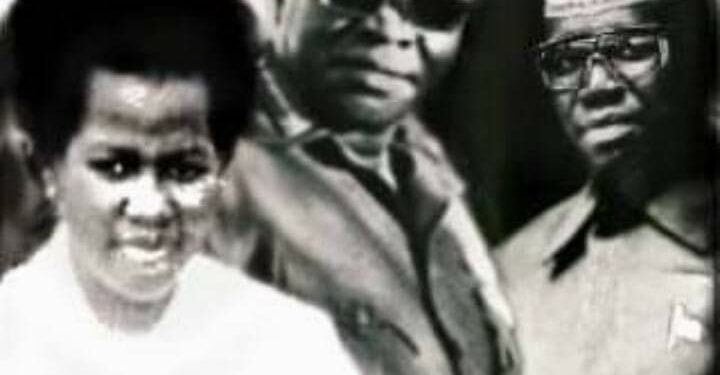 However my mothers father, Reverend Silas Adroa, an Anglican priest, travelled to State House and told my father in no uncertain terms that in the Anglican church, the Church of Uganda, there was no such thing as divorce. So they agreed that my mother stay in a separate place for a while, and return to State House in a few weeks.

I had just been frantically picked from boarding school one morning, and was in fact quite excited to go home and see my parents. The body guards hadn’t told me anything as we travelled to Kampala. So I only realized my mother was dead when the doctor uncovered her face at the mortuary. I broke into tears. She had been attacked by four people at her home.

This had come as the latest in a string of abductions and murders of prominent Ugandans close or associated with the Amin government, starting with the broad daylight abduction of Chief Justice Benedicto Kiwanuka on 22nd September 1972 from his chambers at the High Court. For the record, I had never before seen a dead person in front of me in my life, and because of the shock, I still recall everything about my late mother on that day. One thing I particularly noticed was a strange bruise on the tip of her nose.

Those of you who have studied forensic criminology know that this particular bruise is found on people, mostly women, who have been smothered by a pillow pressed hard on their face. A victims vigorous attempt to avoid suffocation by trying to turn their head left and right is what causes friction on the tip of the nose against the pillow or cloth, resulting in a bruise that looks like a small burn injury. Also, the attackers skin can be found under the finger nails of the victim as they fight back.

Today in forensic investigations of advanced countries, the assailants skin tissue is removed from under the victims finger nails, and a DNA profile is established from the material so as to identify the attacker.

My mother, First Lady Kay Adroa Amin, was murdered. Primarily by asphyxiation, and also tremendous violence by the group of assailants, an attack which not only resulted in death by suffocation, but also a miscarriage that led to enormous loss of blood, all at her home while still in her favourite white sleeping gown which has been kept by the family to this day.

Everything else that has been said and even portrayed in movies like “The Last King of Scotland”, is simply a smear campaign against my father and an attempt by the murderers to cover their crimes. One thing they forgot was that there was one eye witness who saw everything, including the attackers, and she is alive to this day. That first hand eye witness is my mother’s house maid Martha.