by watchdog
in Op-Ed, Politics
9 1 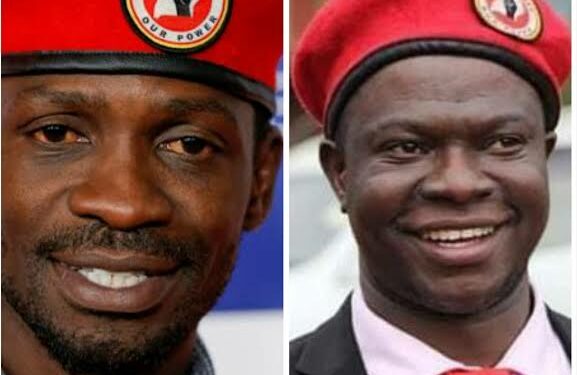 A couple of months ago a lot of people posted Hon. Muhammad Ssegirinya’s glowing review of a performance as a member of parliament. And I don’t want to be ungallant, but it never ceases to amaze me how an MP’s performance is judged by how many developments are happening in his constituency, rather than his participation in parliament. The reason that worries me is because I suspect we are building a parliament of fundraisers and comedians rather than legislators and advocates. Not that I have got anything against comedy.

When you think about it, though, Ssegirinya seems to be a representation of the ignorance of so many of our people.The ignorance of the oppressed is the oppressor’s greatest weapon. As long as one can build a hospital, buy an ambulance, help the poor financially, e.t.c, it doesn’t matter how one got the money, or if one is educated enough to be MP.

Some have commented aversely on the Sulaiman Kidandala petition against Ssegirinya, which the later has eventually won. However, I ask them how do they think Ssegirinya would have won this without the positive testimony of the Electoral Commission and the guy from Kitalya prison (both state institutions)?

Having followed Ssegirinya for a while now, especially since the time when Gen. Kayihura was the Inspector General of the Police, it was very noticeable to me how the regime is indirectly putting a shine to his political career, most probably in the same way it did with Bobi Wine between 2017 and 2019.

Ssegirinya is a good student of popularist politics. No more, no less. People like the way he talks to them in his good Luganda. Lumbuye Fred (a NUP activist in Turkey) and him are good with Luganda words. Bobi, too, is good with Luganda slangs – he pleases his fans with all his poetic swooning. While we’re on that subject, I shall never forget terms like: ‘akatengo’, ‘tuliyambala engule’, ‘bakyali ba museveni’, ‘mwebelelemu’, e.t.c

Understanding the enemy and the virulence of their ideas is essential to winning the hearts and minds of their potential supporters/ leaders through dialogue, public diplomacy and psychological warfare. Psychology provides a framework to assess and manage our relationships with other peoples. To unlock more effective strategies Museveni understood that politicians are individuals and teams affected by financial problems, morale, motivation, leadership and teamwork, just like everyone else.

Opposition politics have been traditionally understood through being in the face of the police, regular arrests and jail time, losing some relatives to exile and death, e.t.c. Coincidentally, it was Besigye who sold the same methods of opposing Museveni before others copied them. Now, all Museveni needs is to create a figure of his own using similar methods– he needs a figure, obviously, he can control. And I believe he’s in control right now. The opposition is weaponless. The best weapon would have been unity, but he took care of that with the coming of Bobi and his eventual interest to stand for presidency. Yes, 2021 needed a good political strategist to massively divide the opposition on one hand, while at the same time give legitimacy to Museveni’s re-election.

Whenever an opposition politician is arrested, this creates very strong feelings in all concerned. After the first shock come fear, anxiety and anger. Eventually, people tend to idealise the one who seems to be arrested often or appears to be haunted by the regime. Voting for someone subjected to that brutal treatment is natural, especially if it is felt to be undeserved or viciously motivated. The opposition has been set to oppose Museveni in a certain way, and it’s not working.

The human mind is like a computer no matter how efficient it may be its reliability is only as great as the information fed into it. For instance, if you tell it that Ssegirinya is the real deal now, it will try to convince itself that its true, even if there’s evidence that there’s an underhand in his political career. The cultural relativist argument is that it’s not part of our African culture for an enemy to imprison you while at the same time sponsor your political campaigns. But the truth is that If a leader wishes to divide the opposition, this group dynamic can be very usefully exploited.

Indeed, even the most determined opposition leaders can make peace and cooperate with former enemies as numerous peace processes have shown. Thus, at every stage of opposition, it is essential to critically analyse the events surrounding leaders or those that follow them.

Freedom is a simple idea, but it could easily be manipulated. At the moment, anybody with power can easily manipulate the opposition. Ssegirinya used to be Besigye’s friend, but he now avoids even mentioning his name. Besigye is like a seed that has to rot in the ground before people see the fruits on the tree.

Besigye, for all his faults, he is a rare species. In 2001, he shook a tree that couldn’t be shaken at the time. Before that, he took good stands during CA alongside Gen.Tinyefunza and a few others. Before that, he fought in the Luwero war for what Uganda could be. He showed what a pawn could do to a king. However, unless he changes the methods of opposition, the king and his son are dead set to reign for a damn long time.