by watchdog
in Op-Ed, Politics
5 1 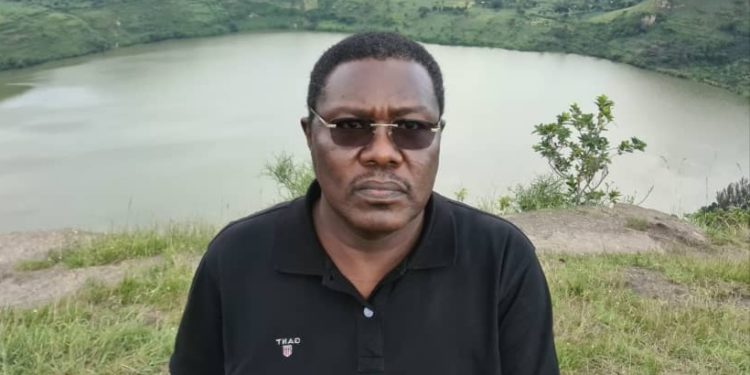 Incumbent Deputy President William Ruto is a protagonist. Raila Odinga of the opposition Orange Democratic Movement—ODM, is an antagonist. DP Ruto has, for the last five years been a regular visitor in Kampala, meeting President Museveni with whom he closely associates. Suspicious, the Kenyan government recently blocked Ruto’s further trips to Kampala. It also arrested and deported his business associate, Hurun Aydin, a Turkish. Mr Aydin who was returning from Kampala was ostensibly prevented from briefing Ruto. Nairobi further deported Dr Paul Bamutaze, a Ugandan presumed intermediary between Museveni-Ruto and Aydin, who is an avowed member of the ruling NRM party. Dr Bamutaze has since contested this action at the regional East African Court of Justice in Arusha, Tanzania.

Top leaders of the opposition ODM in Kenya and of NRM in Uganda are apparently throwing tough rhetoric against each other. In a national security briefing of August 14, 2021 president Museveni condemned those conducting the policy of illegal deportations. This was precisely targeting Nairobi. Earlier, in Nairobi, opposition ODM MPs had used the parliamentary floor to fault Uganda’s record on media freedom, democracy and human rights as not something worth emulating in the region. In Kampala, the NRM Secretary General, Richard Twodong swiftly responded with a lengthy missive protesting the attacks by the Kenyan politicians. He regretted Kenya’s violent elections of 2007 in which over 1,000 people died as an historical regional heartbreak.

Is it do or die for Museveni, Odinga?

The outcome of next year’s Kenyan election presents a significant fate for both Museveni and Odinga. For Museveni, 77, it pushes for his very sensitive desire to gain a soft landing ground in Arusha Tanzania as the maiden regional leader. This is the only thing delaying his retirement from Uganda’s State House, which he only has to achieve within the next five years or never. For Odinga, 76, this is the single remaining opportunity for a successful attempt at Kenya’s presidency or never.

It is, therefore, natural and obvious that Museveni has already identified his regular visitor William Ruto to be his favorite. Unlike the ODM leader, Raila Odinga, who, apparently has already been endorsed by outgoing President Uhuru Kenyatta, Ruto is openly advocating for Museveni as the best regional statesman to assume leadership at Arusha. It is also natural and obvious that Ruto’s support cannot go entirely for free. It is a quid-pro-quo. A scratch my back and I, yours. To this end, Kenyans are wary of a possible Museveni direct indulgence in their election and drawing from experience, make it bloodily violent.

Can repeat history be averted?

In 2007, Kenyans suspected Museveni of deploying the Ugandan military to wreak havoc on behalf of then incumbent leader Mwai Kibaki against Raila Odinga. They responded by destroying rail lines connecting Uganda and Kenya. They disabled cargo transits to Uganda and paralyzed regional economies in Rwanda, Burundi and eastern DRC. For this and more reasons, Raila Odinga is uncomfortable with Museveni. On his many visits in Kampala he has openly avoided Museveni and rather opted for the Kabaka of Buganda. He, in 2016 mediated between opposition leaders Dr Kiiza Besigye and Amama Mbabazi to form a joint presidential candidate against Museveni. The talks, however, collapsed, making the Ugandan opposition lose out.

Have Kenyatta and Museveni fallen out?

What started as a cozy relationship between Museveni and Kenyatta nearly a decade ago, looks presently faded. The relationship was anchored upon Africa’s protests to the International Criminal Court’s perceived selective approach towards errant conduct of African leaders. Kenyatta was considering not to respond to the ICC’s summons over his role in the 2007 violence. Museveni was strongly urging him on. But once the ICC threat was effectively mitigated with Kenyatta featuring at The Hague without any major incident, Museveni’s significance reduced. Upset, Museveni moved to cancel the plan for a joint oil pipeline from Hoima in Western Uganda to Lamu in Kenya. He redirected the project to Tanzania’s Sea Port of Tanga. Kampala also gradually reduced reliance on Kenya’s Sea Port of Mombasa for cargo shipment, shifting to Tanzania’s Tanga and Dar-As-Salaam. Upset, Nairobi reviewed the plans for a regional Standard Gauge Railway-SGR system. Instead of extending its own from Mombasa through Nairobi to Kisumu and later Malaba border with Uganda, it shortened it at Nakuru—making China also reconsider commitments for a loan to finance the entire project.

Before it takes off, the oil pipeline is already experiencing several challenges including international pressure from among others, regional environmental activists. They want the project cancelled, citing fundamental effects including danger to wild game and water bodies. To this end, whereas Museveni anticipates William Ruto as the next president of Kenya to reverse these negative stances; it is a given for a very hard relationship with Raila Odinga in that position. Before the silent tensions explode, this calls for active attention of regional and international partners to launch measures that would plug gaps likely to oil the trigger points.

Uganda to receive 2,000 refugees from Afghanistan