DR. INNOCENT NAHABWE: Wake up, get back to work and save for the next lockdown 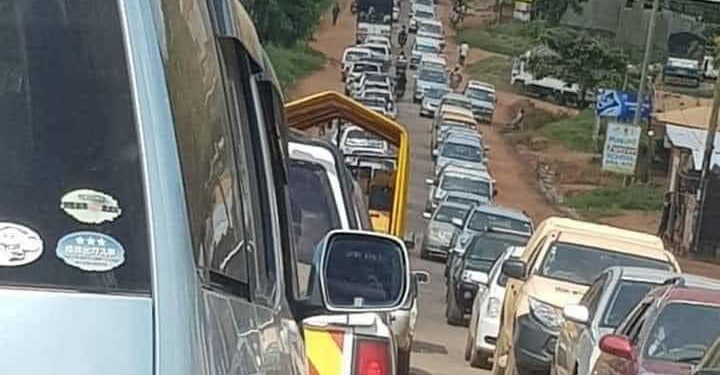 Cars moving after the partial lifting of lockdown last week

Wake wakey! Break that inertia and get back to work before the next lockdown.

What we know about corona is that we don’t know. Even the experts and the scientists like those Mzee Tibs likes, don’t know for sure. This, because COVID 19 is new, it keeps mutating rendering what they knew irrelevant and there has been no harmonized world response so there are so many protocols in various places. The Tanzanians that used to ignore the virus now are putting on masks and taking the vaccine. Laisi Magufuli must be turning in his grave.
Isreali which was the first to get the majority of its people vaccinated is also doing 3rd doze. UK, where we saw people watching Euro as if Corona was gone, are now scared “bali mu kutya” !

So since we know we don’t know, we are safer assuming that this stop- go lockdown will continue. We need to think deeply and strategize on how to live with this disease just like we are doing with HIV.

Challenge is , man is a creature of habit. Psychologists say you only need 21 says of doing the same thing to form a habit. So with 41 days of lock down, those of you who stayed locked in were used to a new routine. Wake up a little late, check social media, take breakfast, watch 📺 , take a nap, jog, sanitise your throat and sleep. No wonder the president opened up, many still covered up on Monday. I was surprised when town was generally empty. Taxis in Mukono were complaining that there were no passangers. Shops, where owners were crying to government to open up were still closed. In animals such as horses or dogs, when they get uses to being tethered to a pole, eventually even when you don’t tie them up but bring them closer to the pole, they will stay there. They are being chained or tethered by their mind and habit.

This, i call inertia; a tendency to do nothing or to remain unchanged. It brings inactivity, inaction, dormancy, passivity, apathy, accidie, malaise, stagnation. If you have these signs, wake up and get to work.

In physics, the law if inertia posited that matter continues in a state of rest if at rest or in motion if in motion , ( Ortega Ian help with the exact word/) Don’t allow habit to take the better of you. The Banyankole say, owubatsigire ati bantegyereize; that the one that has been left behind says they are waiting for him.

We need to work and save for the next lock down. The current one was opened not because the virus has gone but so that the economy can resurrect. The virus is wide spread in the community. Infection rates went down because we were not moving together in those taxis and buses. We were not eating together in those restaurants, we were not meeting in Owino or drinking in that “ restaurant”. Now that we are back to normal, those welcome hugs, those kisses from lovers kept away by Corona will bring the infection rates back up. Our vaccination is still low, so nothing has changed. The infections weren’t enough to get herd immunity. Its just a matter of time and we will be looking around for oxygen.
Be woke!

OPINION: What would you consider to be the best school for your child's Education?