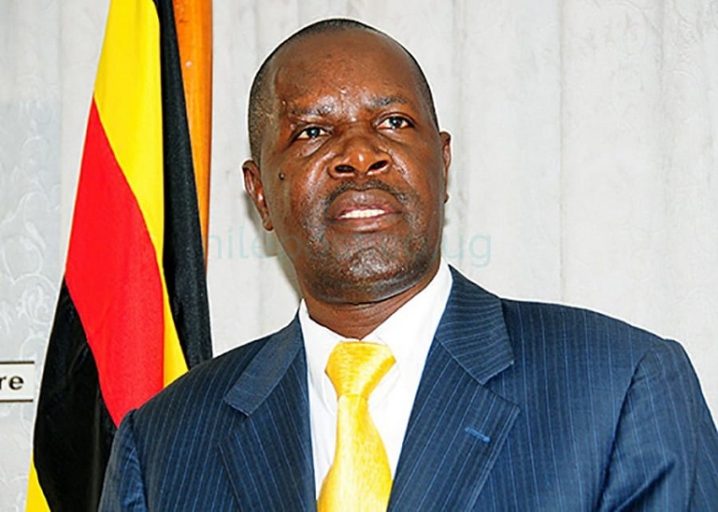 The race for Speaker of the Eleventh parliament is gaining a vicious trench warfare with incumbent Rebecca Alitwala Kadaga on Wednesday launching her ‘’national campaign team’’ presumably to attract appeal across party lines. It was also an effort to steamroll her deputy Jacob Olakori Oulanyah who has declared intentions to challenge her reminiscent of the 2016 acrimony in which Oulanyah was persuaded by the NRM CEC to give away. Internally NRM MPs should wage tough fights but remain civil, and there is no need to hire external political dogs of war.

In the three decades of NRM, speakers of parliament have been deployed through building consensus within the NRM organs. It was so with James Wambogo Wapakhabulo and Betty Okwir (RIP) for the 6th parliament, Francis Ayume (RIP) and Edward Ssekandi for the 7th parliament. The world-over including in the US and Commonwealth tradition that Uganda copies, a speaker under a multiparty system is usually dragged into the chair by the majority party. In 2001 and 2006 Ssekandi and Kadaga were brought by the NRM organs as consensus candidates for speaker and deputy respectively. Indeed in 2011 Ssekandi who had done ten years gave way to Kadaga during the NRM CEC and Parliamentary caucus sitting in which Oulanyah became deputy speaker. If the system isn’t working well, they should propose amendments instead of starting internal rebellion. NRM’s legitimate interests in parliamentary and government business will not be surrendered to the opposition.

Currently all parliamentary leadership positions including commissioners, committee chairpersons, their deputies, and membership are designated by the respective parties. Only independent MPs are assigned by the speaker. It’s therefore incorrect for any contender to claim that NRM CEC or caucus has no role in how leadership in parliament is selected.

Unlike the other NRM contenders for speaker and deputy who have been more measured in their approach, Kadaga is literary standing on the doorway with grenade in her hand demanding that NRM opens the door for her to enter. This bellicosity ought to be tamed before it explodes into a national crisis. Among Kadaga’s top dog-whistlers are opposition MPs or NRM renegades well-known for their public hostile attitude and conduct against NRM leadership. These are the MPs Kadaga prefers should choose a speaker for parliament where NRM has 337 of the 527 MPs. In her quest for speakership Kadaga seem to suggest that discipline and loyalty to NRM legitimate interests are secondary.

Ugandans and particularly NRM MPs need to know that the reign of the next Speaker and deputy will test them as is destined to play a pivotal moment in Uganda’s tiptoeing political history.

NRM MPs should know that the speaker and deputy speaker, will be shaping both NRM party and Uganda’s future political destiny, and therefore, require candidates who respect the NRM party values most. They must be people leaning heavily towards NRM ideology, not akin to petty fights, vindictiveness, quarrelsomeness or vacillation on critical issues, and willingly submit to the relevant organs of the NRM.

NRM MPs are on trial in progressive decision-making, for, they are being wooed by possible contenders with dubious intentions using every trick on the political rule book, but gladly so far, the overwhelming majority cautious of the trap and ditch ahead. In Tanzania, there has just been a change of guard in line with their tradition, a consequence of proven loyalty, discipline and commitment exhibited by cadres of all ranks and general CCM party members.

Those are the qualities of the cadres that NRM should look as we choose the speaker and deputy whose duties and roles go far beyond just chairing parliament and picking which MP speaks on the floor. NRM MPs and all the other MPs must divest themselves from sycophancy and being bag carriers on foreign trips because the prospective speaker or deputy is promising them pickings after the war is won.

This method, if allowed to prevail in its current form, portends what the eleventh parliament will be, a hostile platform for the NRM government, its policies and leadership to stage filibuster, and where possible even launch an impeachment. Any ruling party worth its salt must emphasize discipline as one of its core values, without which there is no strong and credible organisation. We are in a multiparty dispensation but there are leaders who through arrogance and gangsterism conveniently invoke their individual merit to advance immediate personal interests.

Kadaga claims to have built parliamentary infrastructure as one important reason MPs should elect her to continue the ‘good’ works of consolidating its independence and support to MPs. It should be stated that no individual, without the support of government especially the president can claim to have built parliament. Much of the resources used by parliament come from allocations by the executive headed by the president. Therefore, the growth of parliament has been joint efforts from government institutions that allowed parliament to be given priority. NRM must strip any member or leader of the arrogance and false belief in personal political invincibility if it’s to remain credible.