I think the NUP lawyers feared the embarrassment in the eyes of the public hence advising their Client to withdraw the case. 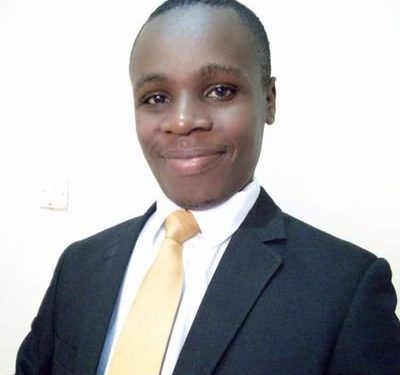 One of the problems of the African opposition is that they never accept results of the election even when they are sure that they lost the election genuinely. Our African democracy is doubted because of the efforts of the opposition figures in Africa.

I don’t know if the opposition is aware that conceding and accepting election results is part of democracy. There’s no elections body that will ever declare two winners. There must be one winner from an election who will be sworn in to take up the leadership of the country.

Frequently when the opposition refuses to accept defeat the country goes on tension with some people causing chaos on streets and people lose their lives.

What is funny is that the opposition leaders never mind when people are dying through the violent demonstrations they fund and organize. They will hold the microphone and say “We are fighting for freedom” and yet they’re making innocent children become orphans. The gullible Supporters of opposition never demand for the accountability of the lives they mercilessly put to an end instead they direct their guns to the Government in power. I think in Africa we have created a situation that the opposition is always right and that it’s the Government in power that is always in wrong.

When Bobi Wine filed a petion to the Supreme court challenging President’s Museveni’s victory some of us wondered why he was wasting time. First, Bobi Wine had earlier confessed that he doesn’t believe in Uganda’s judiciary, we then wondered why he was running to the court which he didn’t believe in, what did he expect from that court? Similarly Bobi wine was qouted saying he doesn’t believe in Uganda’s electoral commission but the same electoral commission had declared him winner of Kyadondo East Parliament by- election after defeating an NRM Candidate.

He was sworn in and he has since been earning his monthly salary and also getting other allowances as an incumbent member of Parliament. None of his Supporters has ever asked him how he won that election if Uganda’s electoral commission is biased and only Working in the interest of President Museveni and the party in power. The NRM’s lawyers have been arguing that Bobi Wine’s petion was incompetent and locked enough evidence, they also said the petion had falsehoods to back it up and which the NRM lawyers were going to prove before court.

I think the NUP lawyers feared the embarrassment in the eyes of the public hence advising their Client to withdraw the case.

When we were young, we used to play games with our colleagues. However we feared losing because when you lost people would laugh at you and say you’re weak. So, every time you realized that you would lose the game you would say “Narugamu” meaning I have withdrawn. This meant that someone has conceded before even the game starts. You would have feared to lose and be laughed at.

That’s exactly what Bobi wine has done. He has indirectly conceded and given up, he has feared the game before it even starts. In the next days Bobi Wine will create for himself alot of execuses to justify his cowardice. He will be telling Ugandans that the court was favouring the person he filed a petion against. That’s why him and other NUP Supporters were frequently accusing the Chief Justice for meeting with President Museveni.

They forget that the President Museveni is the incumbent President of Uganda and there’s no crime absolutely for meeting with the reigning chief justice of the court of judicature. In any case they could have met to discuss the welfare of judiciary officers and other matters of judiciary not specifically the petion.

Having withdrawn the Petion, President Museveni’s victory is now unchallenged. The people’s court which Bobi Wine is saying that he has referred his case to, decided on 14th January when they overwhelmingly voted for President Museveni and the NRM. There will be no further hearing of that case in people’s Court because a decision was taken and a verdict given to the citizens and the people in the whole world through the results that Justice Byabakama read on a live televised declaration of Presidential elections results.

Anybody who still thinks that Ugandans will change their minds having ticked President Museveni is either mad or out of his senses because they were not forced to do what they did. Actually instead of going to court and later withdrawing the court case, Bobi wine should have organised a press conference to concede. This would have saved our time and also the time of citizens. But he needed to first go to court so that he plays with the minds of his gullible Supporters.

The writer is a deputy RDC for Kitagwenda District.

We shall defeat Museveni and get declared! Remembering Bobi Wine’s humiliating remarks against Besigye he must be regretting

We shall defeat Museveni and get declared! Remembering Bobi Wine's humiliating remarks against Besigye he must be regretting