ABBEY KIBIRIGE: This is why Museveni is sadly going to win the 2021 elections unless God intervenes 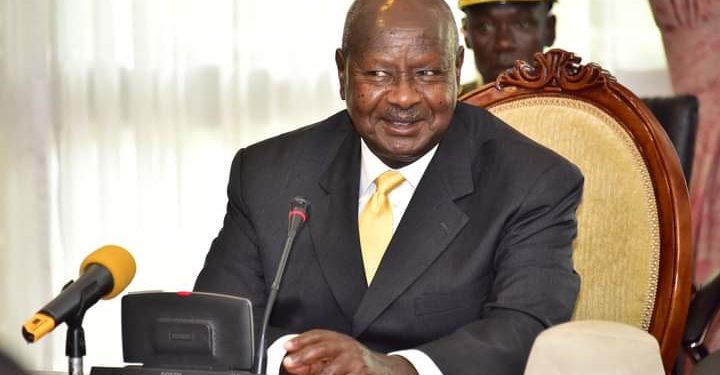 President Yoweri Museveni is not doing rallies in these elections because of COVID-19 but some in the opposition are attracting large crowds. If there is one thing I have come around to, when it comes to Uganda politics, you never trust crowds following you, or anybody.

A lot of people are wondering why Museveni is so relaxed in these elections compared to the previous elections, and here is the answer: he won the damn thing three years ago, and I’m going to use mainly the 2011 and 2016 elections as my reference points because the former,especially, are kind of very similar to the elections Uganda is having now.

First of all, Museveni realised that he needed to control the number of youths registering for the 2021 elections. Through the Electoral Commission, the Voter registration process closed over a year before the election date – between 21 November and 11 December 2019. So many youths never registered. There was only an increase of 2 million registered voters between the 2016 elections and now– something that could, arguably, be put down to high population increase in Uganda. Yes, youths make up 67% of the 2021 voter’s registrar compared to 44% in 2016, but not all youths support youthful candidates in elections. Actually, I think a big chunk of the youths’ vote is going to be shared across by all candidates, including Museveni himself.

Secondly, I think Museveni has always had an advantage over his opponents because of NRM structures, which are literally fused with the state. Before even voting started in the 2011 elections, NRM had already secured 2,118,780 million votes as it set up 30 people per village heading their committees. Uganda has over 70,000 villages. Access to the state’s local council system as well as its own network down to the villages provided the NRM with an unrivalled grassroots presence. These networks represented a unique vehicle for NRM voter mobilization, dissemination of campaign messages, as well dispensation of patronage. In mid-2010, NRM embarked on a massive membership drive, securing a reported 9 million members, an effort that was followed by universal suffrage elections for NRM ‘‘office bearers’’ and then primaries for ‘‘flag bearers’’ from the village level up.

Similarly, in these elections, NRM reportedly handed in about 5 million signatures to back the candidature of President Museveni, which translates to approximately 30% of the voters. This means that Museveni only needs about 4 million voters more to clinch the presidency again. Let us remember that NRM already has the 2 million votes through their village structures. Even If only a half of those turn up to vote, it means Museveni will be chasing only 3 million votes during the campaigns. Furthermore, NRM also has 11 members of the youth league and 11 members of the main league per village, which mathematically translates to 1.5 million voters. If all these youths are loyal and turn up to vote, it means Museveni is mathematically chasing only about 1.5 million voters in the campaigns.

The fusion between state and party has moreover subsisted at the village level, as LC1s (village councils) were last elected in 2001 under the Movement system. LC1 chairpersons have significant influence in local communities, and this is what prompted the government’s decision in December 2010 to provide each with an unprecedented 150,000 UGX and a bicycle. As someone who has lived in rural areas before, bicycles mean a lot to people in villages and it’s a source of pride.

Thirdly, apart from FDC’s Amuriat, Mugisha Muntu and Joseph Kabuleta, I have not seen other candidates campaigning based on real issues, yet Museveni does his research very well before stepping in any region. He makes promises even those he knows that he will not be able to fulfil, but he knows people like hoping for things. Not only did Museveni usher in 32 new districts since 2006, but also he promised to create over a dozen new ones in the 2011 campaign, often stating that he was doing so in response to demands from the electorate. Teso, the region which most distinctly moved to the FDC in 2006, was singled out for special treatment as Museveni promised to create a Ministry for Teso if it reverted to the NRM. In this campaign, he also making similar promises and some people seem to be buying them.

At the end of the 2011 elections, not only did Museveni win in most regions in the country, but he won in Buganda where he was least expected to do so. Let us remember that we had had riots in 2009, just two years to the elections, where at least 40 people and over 500 were arrested. The authorities shut down CBS, the kingdom’s radio station, for more than a year. A few weeks before Election Day, parliament voted the Cultural and Traditional Leaders’ Bill that reinforces the outreach of Article 246 of the constitution.

Similarly, we have had riots in this election and some people envisage that Museveni is going to lose in Buganda, but I would not bet on it. First, there is a lot of disunity among the opposition especially here in Buganda. You find one constituency with 5 opposition candidates standing against one NRM, and this will only increase the chances of NRM dominance in the central again. Most of those that belonged to the ‘Suubi’ group in 2011 are now in either NUP or FDC, and I believe they will come back to parliament, but they are not as united against Museveni as they were in the past. We have had ‘friendly fire’ in the opposition ever since NUP’s Kyagulanyi came on to the scene as a politician, and that has only benefitted one man—Museveni. The opposition was scarred as we all watched Bobi tank the FDC and later DP, and nobody could do anything about it.

Yes, Museveni definitely rigs elections but he’s also helped by the NRM structures one way or the other. If you don’t have structures on the ground, you don’t control the electoral system, and the military, forget about becoming a president of Uganda through elections– It’s a pipe dream, unfortunately. Maybe things will change in the future, but for now, I’m just waiting for 14th January to witness another Museveni presidency, unless God intervenes.