by Mike Ssegawa
in Conversations with, Op-Ed
14 0 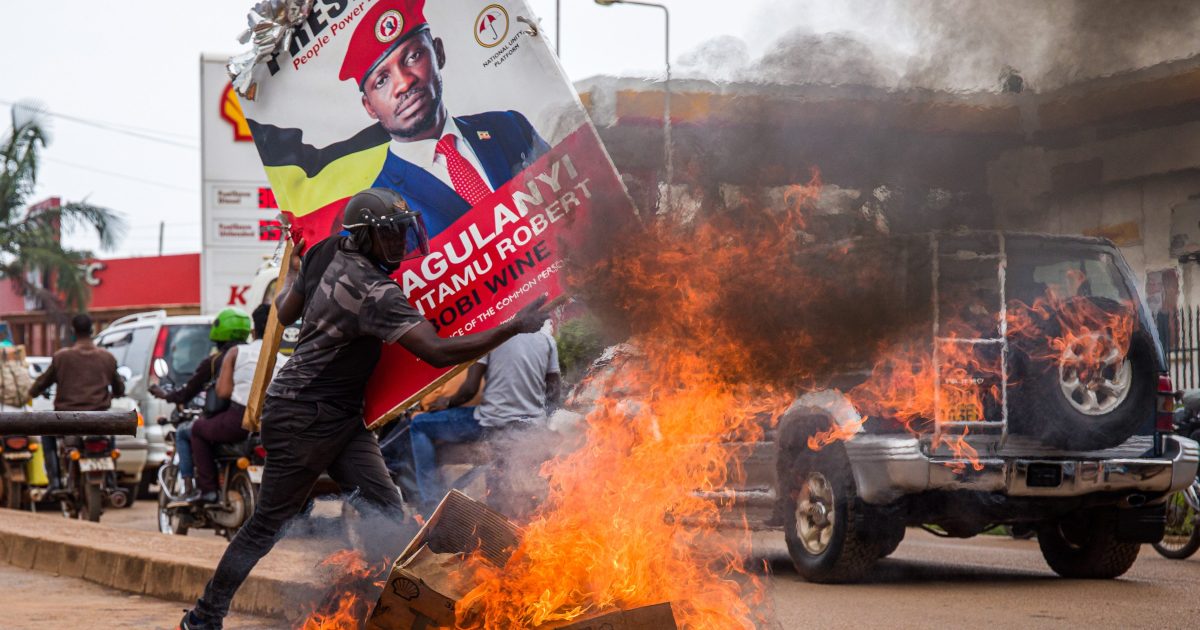 Mulago hospital on Friday morning out fatalities of Bobi Wine protests to 37. The chief pathologist said about 97 are wounded, and many may not survive. We are therefore likely to see deaths coming to 50-+.

Whereas police spokesman Fred Enanga placed the numbers in 20s, the fact checker will go with the Mulago hospital figure.

The question is: who is to blame for these deaths?

Police blames hooligans and rioters. Many people, seeing images of uniformed men and women shooting live bullets, say, the images speak for themselves.

Neither the police or any security agency has owned up the people who shot at civilians without uniform. They have not condemned the shooters. Mulago says majority died of gunshots. News items on television account for some deceased being shot and died in their homes or work stations. This is sad.

It’s been long since such careless shootings against civilians during elections took place. 40 deaths in one day is more than numbers of people the army shoots in an operation against Lord’s Residence Movement or Al Shabaab in Somalia in a single day, even week. I condemn this.

What needs to be done

The people who died, whether in protests or by stray bullets, died in vain. No government should ever kill its citizens. I condole with families of the deceased. Uganda has let you down.

Quickly. I detest the stupid actions of young people who looted, robbed or obstructed motorists on November 18,2020. The truth of the matter, the people who used violence to attempt to remove Yoweri Museveni, are the enemies of this cause. Peaceful demonstrations. Peaceful but firm demand for justice. Informed demand for respect for human rights and dignity, the Gandhi or Martin Luther Jr way, will take forces of change far. It is the light Uganda needs after so much bloodshed while changing power.

However, the responsibility of protecting citizens lives and their property rests on government. Extra judicial killings is not part of this. The dead Ugandans, 1 or 50, will never get a chance to get justice. Moving from November 18, they’ll be remembered just as statistics.

I pray someone makes a record of each of these people whose senseless death portrays Uganda as a country human life has no value. We are sorry, mother Uganda. We deserve to you a break from violence and bloodshed.