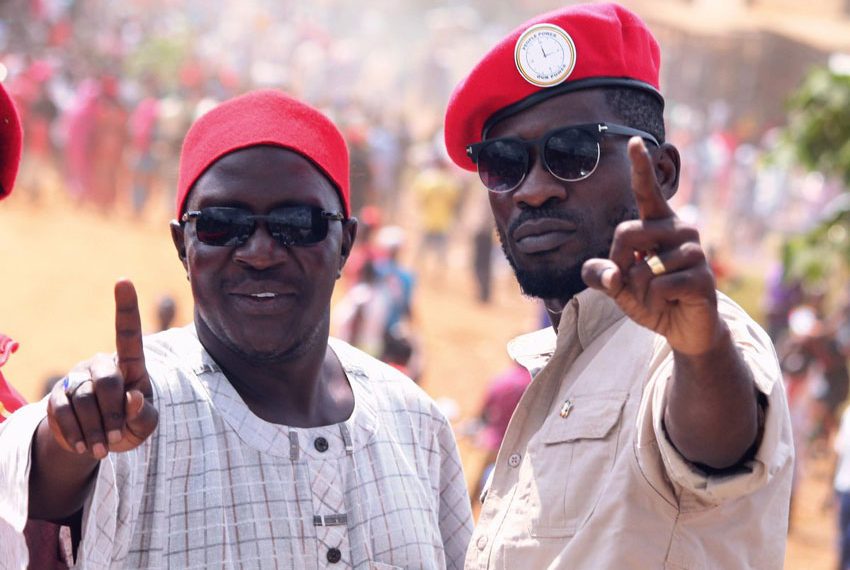 Without delving into Mr Moses Kibalama’s real motive of attempting to reclaim National Unity Party (NUP) from Mr Robert Kyagulanyi aka Bobi Wine; two things are already clear: (i) diversionary to redirect the Kamokya camp from its mission to survival mode in a disorganized state of affairs. This is a standard operational conduct of a partisan intelligence apparatus. (ii) Cause endless disturbances to exhaust energy from the target.

Therefore, it’s not enough for Team Bobi Wine to merely anticipate these troubles and point them out as if it would stop them. It won’t stop them because executors must execute ‘orders’ in a sequential manner.

The moment the Team responds to accusations, including from courts of law, its exactly a goal credited to its tormentors. They have, so far, stolen precious time from it; diverted it; confused and disorganized it.

In such circumstances it takes sterner nerves to decide, a decision to turn round tables against the tormentors from inside and outside their camp—considering that no one is immune from these games. For the inner job, I leave it to the concerned. But I will hint on a practical outer job.

JEEMA, a.k.a. Justice Forum, have already publicly and unconditionally declared Bobi Wine as their presidential candidate for no penny in exchange and by a guaranteed promise.

I will contend that it was a tactical error for Bobi Wine to trust Kibalama in the first instance of physical contact. But if in that contact Kibalama hinted about any price at all, let alone the outrageous USD5m, it was enough to call it ‘no deal’ there and then. It would be a pointer that given another opportunity elsewhere, and a better one for that matter; under duress or not, he would exploit it.

With JEEMA, Bobi Wine has not only had opportunity to closely interact with its founding members and officials to evaluate their levels of moral integrity but must also have read about their history since inception about 24 years ago in the run-up to the 1996 elections. In that history, when former Makerere university director of planning, Mr Muhammad K Mayanja offered to challenge Mr Museveni, he was advanced with several offers to pullout of the race. The fear was that with Mr Paul K Ssemwogerere, the more formidable challenger from DP poised to sweep the Catholic constituency, the Muslim bloc, a prism in which Muhammad Mayanja was perceived, would be the game changer. This would depend on the choice of a camp Mayanja would back between Museveni and Ssemwogerere once he exited the race. But Mayanja stood his ground until election D-Day. The final result was a misery for him. But he had used the process to cultivate a lasting legacy for himself and his organization. The JEEMA party today stands out from the crowd as the only one to trust for its word.

In 2006 when JEEMA’s single Member of Parliament, Haji Hussein Kyanjo promised to represent Makindye West for only two terms, he did exactly retire, after 10 years in 2016 despite remaining popular. In 2011 when the party’s first Local Government District Chairman of Bukomansimbi, Muhammad Kateregga promised to serve for only two terms, we can see him planning to retire next year, after 10 years. What more can one say of this party to distinguish it from others?

The Bobi Wine Team can save the little remaining time from attending endless court battles and crafting rebuttals to president Museveni, by engaging yet a new matrix—strictly focused on coalescing the opposition to win parliament and then power. Emphasis on parliament matters most, because the same voter for MP votes the president. But again, parliament being arguably the strongest arm of government, its domination by opposition practically means the end of NRM in presidency. Thus in a craftier response to state-sponsored disturbances against Bobi Wine’s NUP; JEEMA should step in as the ‘emergence’ political vehicle of the People Power Movement. It implies all NUP approved candidates to change nothing except, temporarily the symbol from umbrella to a weighing scale of JEEMA. But to make it more solid, as chairman Nobert Mao of DP suggests, where the Democratic Party has put a Hoe, JEEMA should not place a Weighing scale as both should respect FDC’s ‘Key’ territories and ANT’s areas of comfort. Other formations, including Lt Gen Henry Tumukunde, Charles Rwomushana, Pastor Joseph Kabuleta, Elton Mabirizi, etcetera must be mutually accommodated in the queue. This measure can be agreed to only last until the last six months of the 11th parliament, thereafter to be dissolved for members to freely relocate loyalty.

For now, only a swiftly combined greed-free mechanism can for, once, get all mapped constituencies across Uganda covered in the shortest possible time. Only then, a realistic dream to change Uganda, right from districts into parliament and statehouse can begin. And this is what the three million Ugandans that endorsed Dr Besigye in 2016 are eagerly hankering for to improve the statistics. No opposition party can currently single handedly cover the entire country with their own candidates except by a joint effort. Yet the vacuums left are what NRM exploits to often gain comfortable results.

In African Hand America Loves, published 2011 in America by JEEMA’s former publicity secretary, Swaib K Nsereko, it is argued (pg 126) that JEEMA’s consistent activism and concise management would sooner than later turn it into a surprise giant. He surely must have anticipated dynamics of this nature.

The author is a PhD Candidate, Kampala International University