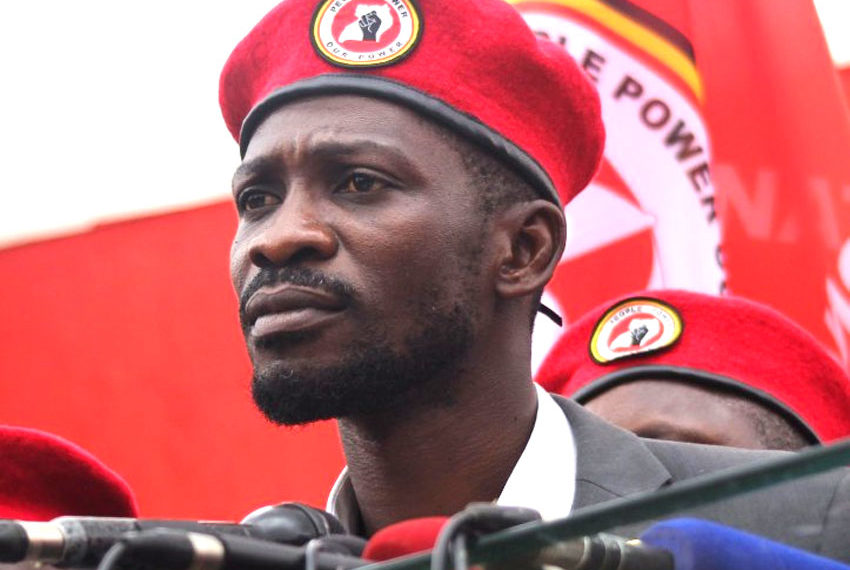 The interim leader of NUP/people power, Robert Kyagulanyi Sentamu (Bobi Wine) is still struggling to have a look at the academic documents of President Yoweri Museveni. At some point, Bobi Wine said that the Independent Electoral Commission had failed or refused to honour the request to hand over copies of Museveni’s papers.
The good news is that the treasured documents are available somewhere if Bobi Wine really needed them. He may want to see those specifically held by the E.C for purposes of nominating him in previous elections but the best time is at the upcoming nominations when the files will be tabled. Bobi Wine’s problem is that he is demanding for the papers in revenge for what happened when lawyer Male Mabirizi put him to task on his own papers.

However, it is funny that Bobi Wine is so interested in Museveni’s records yet in the case where his own were required by an independent party, the president did not interfere in the matter. I know he is very angry with Mabirizi for putting him on the spot yet he had got accustomed to questioning others and not him. The Kyaddondo East seems to believe that he is untouchable and beyond reproach. If he was the head-of-state…
It is not good practice for anybody, more so aspirants, to put the IEC on pressure on a matter that can be handled by other authorities including the schools that one attended. The IEC’s independence is paramount and should be left intact in execution of its very important duties.

The best step to take in case a contestant, or any Ugandan, for that matter, is uncomfortable with the performance of the E.C is to raise a formal complaint or suit through appropriate channels for the complaint to be heard substantially. Acting as such would be a service to the nation while the small, background and social media hullaballoo is just noise and nothing else. Even if a million people shouted themselves hoarse on social media without filing a formal complaint backed with substance, nothing will change and elections will go on as planned.

Uganda is not a lawless country.

The practice of undermining the E.C while continuing to seek its services seems to have either started or caught pace with Dr. Besigye who would blame every loss he suffered on the E.C. Together with his cheerleaders, they harassed previous chairmen Azziz Kasujja and Prof. Kiggundu and the other commissioners for their own failings including those that any human being, even if it was Besigye or Kyagulanyi, could be accused of.

The burden of carrying through a successful election is on the aspirant; the E.C does not campaign for anybody or determine for them their opponents. The E.C only stops at organising and managing the process as a neutral arbiter that should not be brought under pressure or the name of the organization destroyed by anybody. What would the opposition say if President Museveni was the one pushing the E.C this way and that way? If he did, with him it would be within his Constitutionally conferred powers as head-of-state but as an individual, he has no right to be negative and pile pressure on the body. That would be unethical and loaded with influence peddling, both of which are unexpected of a sensible leader.

We know that apart from the public pressure, the E.C, and sometimes its officials are subjected to endangerment by opposition groups who, after failing to make use of the leeway created by the NRM Government to promote their cause, resort to pointing fingers at the E.C, sometimes Parliament, State House, the courts, religious institutions and even the general public from whom they expect support. Those are weak moves and Kyagulanyi is falling to them so early, a thing that may damage his career irreversibly.

Putting so much interest in and personalising the issue of the papers when he could have left lawyer Nkunyingi to do a matter that I believe he raised himself shows that Bobi Wine has nothing else to argue for his contest for the highest office in the land or anything policy related. He is also confirming the popular assertion that he is an amateur in many things. Coming out full head into such a small matter that will soon become completely irrelevant belittles his stature. Doesn’t he wonder why Besigye or Mao have never questioned the president’s qualifications?

The wise seniors obviously know the truth. When they see Bobi Wine making it so much of an issue when the facts are basic and unchallenged, it is so ridiculous that they can’t even laugh. I guess Mao, as a certified wordsmith, has crafted some interesting terminologies in his mind to describe the situation.
Most importantly, Museveni’s qualifications can be witnessed in how expertly he has led Uganda for 34 years. Listening to him or reading his writings alone tells you how academically equipped he is unlike those whose self-expression and reasoning brings their qualifications in doubt.

The author is a Presidential Assistant in Charge of Media Management