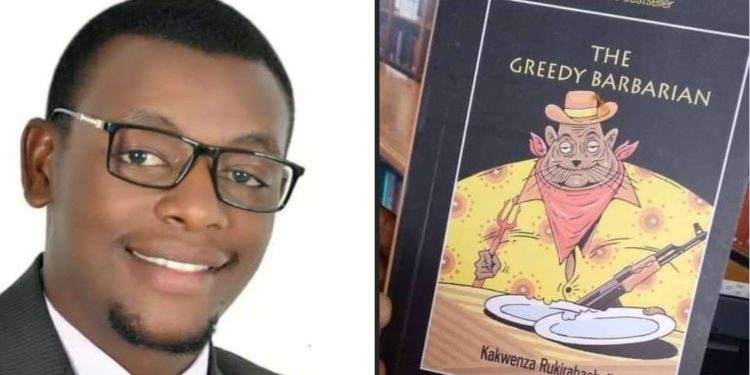 The author of the book: “The Greedy Barbarian,” Kakwenza Rukirabashaija remains in what officers of the court have described as “illegal detention.” Who will save him from death row?

I ask, who will save him from death row, because, as reported by the Daily Monitor, on 11th June 1975, Denis Cecil Hills, a vocal British lecturer, was sentenced to face a firing squad at Clock Tower in Kampala.

The “capital offence” that Hills had committed, reportedly, was: in a leaked pre-publication manuscript of his book, “The White Pumpkin,” he had tactlessly compared Field Marshall, Conqueror of the British Empire and Life President of Uganda, Idi Amin Dada, with Emperor Nero; and had describe him as a “village tyrant.”

Hills was rescued from death row by the then United Kingdom Foreign Secretary James Callaghan. Hence, my question: Who will save Kakwenza from death row?

Yes, it is not farfetched to draw comparison between Hills’ situation and that which Kakwenza is in at the present, in illegal detention, for authoring and getting published his book: “The Greedy Barbarian.”

Click here and read the full Daily Monitor story of the Hills-Amin saga; and, also, be reminded of how President Museveni’s administration did impound Dr. Olive Kobusingye’s book: “The Correct Line?: Uganda Under Museveni.”