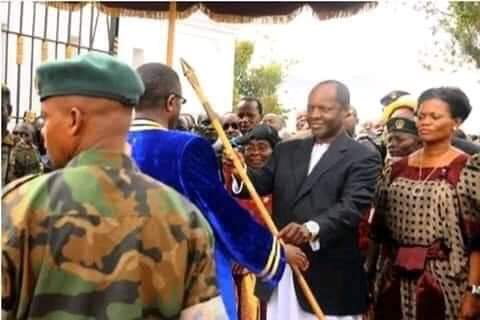 On this day in 2013, donning my Kanzu, I drove to the main entrance of the Mengo Palace to witness one of the shortest functions in Buganda culture. This function lasts less than five minutes… yes less than five. Normally Kabaka’s events last at least two hours.

Kabaka and members of the royal family appear from the palace, he sounds the drums and calls the name of the person twice. The first time, the person doesn’t respond I think to be sure that he is the one being called. The second time, the person being called responds saying here I am your majesty and walks to him. The Kabaka then gets a mace that symbolizes the authority of the office of the Katikkiro (Ddamula) and says go and help me to co-manage my kingdom. That makes the Katikkiro the most powerful office after the Kabaka’s.

End of function. Kabaka may watch on for a few minutes or may simply return to the palace. A battle to protect the mace ensues. The newly installed Katikkiro must ensure that he protects the Ddamula until he reaches the official residence which is about 200m from the palace. He must have his clan members help him protect it. If you lose the Ddamula, you cease being Katikkiro. I don’t know whether today that would be possible to simply fight for Ddamula and then assume office. Imagine some professional conman forcibly getting the Ddamula… but it would be a bad omen for a Katikkiro to lose it.

Katikkiro Charles Peter Mayiga was the first Katikkiro in Kabaka Mutebi’s reign to have a crowd that stretched to Bulange, a mile away. turn up to witness a Ddamula hand over.

But among the crowd were a few pretenders mobilised by somebody who had thought he would be the Katikkiro so he positioned his men to take Ddamula from Mayiga. Unknown to him, the intel leaked so they found a ready group from Mayiga’s clan who fought tooth and nail to ensure he doesn’t lose the Ddamula. They managed though to break his eye glasses. Those guys are still fighting up to today mainly on social media.

Once the Katikkiro reaches Butikkiro (his official residence) with Ddamula, he serves his clan roast meat and traditional brew to celebrate.

For as long as Mayiga has been in Mengo, he has been fought simply because he delivers what Kabaka Mutebi asks and expects of him. In December 1999, some royal guards even claimed he had abused the Kabaka so that they stop his rising star. Kabaka smiled and fired those who were used to demean his man. If there is anybody who knows what Mayiga can and can’t do it is Kabaka Ronald Muwenda Mutebi. He saw him as a young man joining his service when many youth couldn’t. He was first person ever to work in Bulange when the UPDF left. It wasn’t all glamour. There was hardly in furniture in there. Kabaka Mutebi sees what Mayiga has been able to achieve in the last seven years since he appointed him Katikkiro. Make no mistake, the Kabaka is not oblivious to that. The Baganda are not oblivious to that fact either.

Now, Ddamula is a wooden mace that is cut from Olufuggo forest in Ssese islands in Lake Victoria. If you have been to Ssese, it is on Bugala island and on the road to the Bidco headquarters. I hope those guys will continue to respect that forest and don’t replace it with palm trees…

This particular Ddamula is said to be 100s of years old. 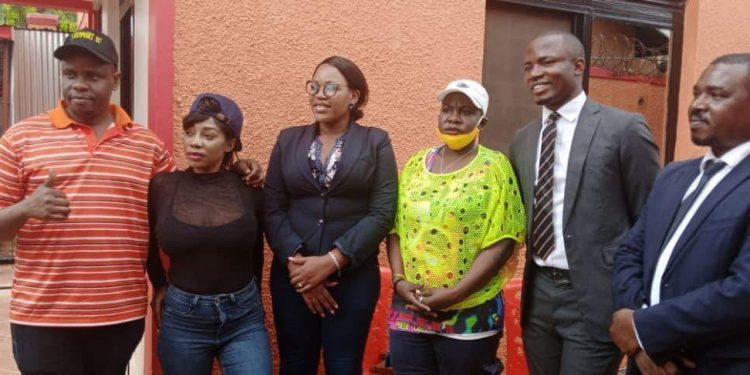