Bunyaruguru Dispatch; The road carnage must stop; by the drivers, riders and passengers

by watchdog
in Conversations with, Op-Ed
10 0 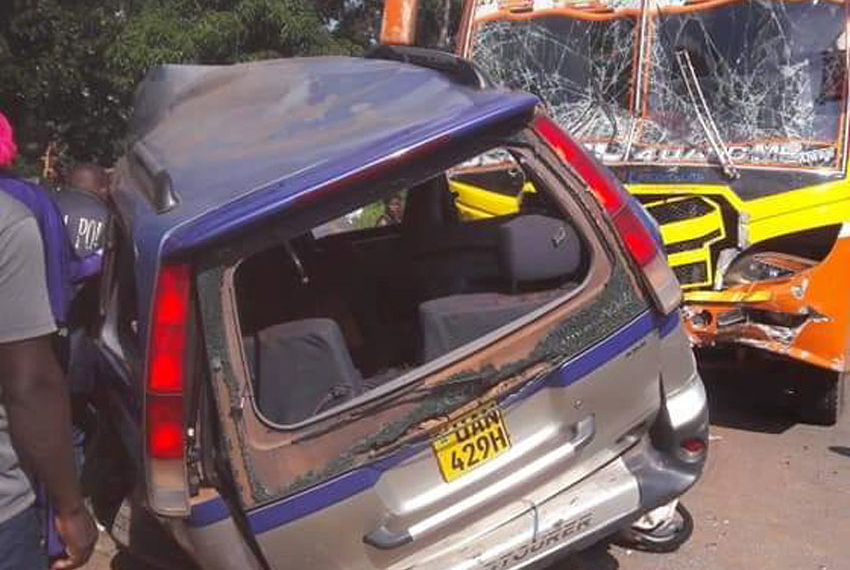 Bunyaruguru Dispatch; COVID-19; we’ve been buried but we shall germinate; again, we always do

When we started Kyambura Safaris in 2013, one of the things we agreed on with all our drivers was; no driving in the dark. It meant that by 7:00pm, all drivers must have reached their destinations. In fact, it is a rule that by 6:00pm, the driver must be edging closer to the lodging facility or wherever the guests/clients were to stay for the night.

One would ask; how about late night airport pickups? It is also a rule that we do not drive for more than 5km outside Entebbe Airport. That has helped us to avoid accidents.

World Health Organisation’s Global Status Report, 2018 indicates that road accident deaths in Uganda have now surpassed combined deaths related to TB and Cancer and that of HIV/AIDs. Most accidents in Uganda are avoidable.

As a rule, at the travel agency, all drivers must ensure that all car seatbelts are working. We have learnt the hard way. We lost business when a client refused to board our ‘trusted’ when the seatbelt failed to work. It was a simple as that.

At a personal level, in November, 2015, I stupidly accepted to drive from Entebbe Airport to Mukono after an 8+ hour flight! We never arrived safely. Just 2kms to home, I dosed off and ran into the car ahead of us! Our car was written off and I had to pay heavily to repair the land-cruiser we crashed into.

I now walk with a limp and our daughter who had been brought along to receive me is still traumatized. I think the act of being picked from the airport and bringing my daughter along was not only cheap but crass. Families, picking relatives from the airport is banally cheap. For my case, a driver from the travel agency would have been as good. It was avoidable.

The driver was making a U-turn in the middle of a highway on an early morning of 5:00am. I gathered that the driver had been drinking at a nearby bar and was visibly drank. A fellow driver who had not been drinking had offered to drive the two to their hotel and this dead driver thought he was still sober. It was a painful death. I can still see his heart out of the rib-cage still pumping blood all over as he sat motionless on the steering wheel.

And about a week ago, a Global coaches bus, at around 8:00pm, crashed into a fuso truck carrying market traders at along Masaka road. The driver was rushed to Nkozi hospital in critical condition. But to remove him off the steering wheel, a breakdown vehicle hook had to be used to separate the steel metals that had pierced into his body. Cause of accident? He was turning into the opposite side of the highway with a heavily loaded vehicle and limited visibility. In the two cases, the passengers on the buses were a little lucky because the buses were not speeding. They were within limits and they saved lives of close to 100 people.

My interaction with bus drivers is that when they are on the high way, when an accident is inevitable and it involves a pedestrian, a cyclist, a saloon car, the choice is easy; save the many passengers on board!

Whenever, I am in Kampala, I use bodaboda motorcycle taxis much of the time; for their agility to maneuvour through Kampala’s stupid traffic, which I abhor terribly. But I have always been cautious which rider I pick on.

Whenever I can, it is a Safe Boda rider. But also I do a quick scan and look at these guys in the eye. Some of them are high on substance. And also give a quick glance at the motorcycle before I board. And while aboard, I engage the rider and caution him that I am not in a hurry to end at Mulago Hospital’s casualty ward.

Now, let us talk figures. Road accidents are among the top 6 leading deaths in Uganda. Every day, on average, 29 people perish in road traffic accidents. That is above the 24 people average in Africa. We are talking about 10,000 people per year here. This is more than the population of some town councils and sub counties in some parts of Uganda. Forget the figures that police gives of 3,500 people who perish due to road accidents.

You are not listening carefully. The police statement is; “Accidents reported” the unreported is the bigger figure. This is a national crisis that cannot be handled so casually. And interestingly, Uganda has less than 1.6 million cars and over 80% of those cars are in Kampala! At Africa wide level, Africa has less than 1% of the world’s cars but 13% of the world accidents happen in Africa! This is unacceptable.

Also, after one has been involved in a motor accident, chances of reaching the hospital before you die are very minimal. There are more military vehicles on Ugandan roads than ambulances. So, if you are not careful, you will be thrown underneath the military pickups where dead bodies are also thrown. It is important to note the following;

While the National Road Safety Council is partially funded by the government to enforce road safety guidelines and therefore, can only offer lip-service, safety on the road begins with you.

If the driver of the motor vehicle is speeding. Shout. Make noise and scream. The traffic rules in Uganda indicate that no one should drive above 100km per hour on any high way. But also according to a Ugandan road safety expert, Paul Wamusi from the Federation of International Automobiles (FIA), any vehicle above 100km/h is in a state where it is difficult to control in case of any incident on the car such a tyre burst/puncture or when there is anything that blurs the driver’s visibility or any encumbrance.

Wherever possible, wear a seatbelt. I know Ugandans and seatbelts are not friends and worse still on public transport means within the city and on upcountry routes, but in a private car, please wear one.

Choose your bodaboda rightly. If he overspeeds, ask to get off. I saw an incident on the Nambole-Bweyogerere-Kireka fly-over recently that left me aghast. Here was a bodaboda rider from Bweyogerere carrying a lady and overtook a trailer as another was coming fro Kireka.

There was a gap of less than a metre in between the two trailers. Had the rider hit the metal lane separator or stone, we would have seen pieces of flesh mingled under any of the trailers. It was a James Bond Act scene but a dumb one. For it looked like he was escaping with someone’s woman. And there was heavy traffic at Sports View Hotel building up. We caught up with him and I warned him never to do it again or if he must do it, not with a passenger. And he sheepishly smiled.

The accidents between Jinja and Lugazi on the Eastern route are because of stupid drivers. That they tighten their bodies and drive as crazy! Thus the many deaths. From where I stay in Bunyaruguru, most accidents take place at Kyambura. The recent one being when a fuel tanker burnt my people to ashes including close relatives. Reason, from Enkombe to Kyambura, it is a distance of more than 20km of steep descend.

As one reaches Kyambura, most truck-drivers tend to relax thinking they near the end of the slope as they can view the flat savannah of Queen Elizabeth National Park and that when accidents happen. On a weekly basis, there is an accident at around Kyambura. But also, the road designs are terrible here.

If you have been drinking beer, if you drink a third bottle/can, do not sit behind the wheels. You are an accident just waiting to happen. Remember, blood mixed with beer is difficult to stop from bleeding in case of an accident if you are lucky to reach a health facility.

Ensure that children take the behind seats. I have seen stupid parents whenever I am in Kampala showing ‘love’ to their children by holding them in their laps as they drive or even put them in the co-drivers’ seats. If you have done this before. You are not stupid, you are just an animal that must be removed from society. Remember, there is no law prohibiting you from carrying children in the co-driver’s seat.

Finally, road traffic accidents have been associated with ineducation and poverty. Forget about the degrees here and money in the pocket. We are talking about poverty of the mind, body and soul. Countries like Sweden in 2019 had less than 200 accidents. In Uganda, with less than $150 dollars, you can get a driver’s license even if you don’t know how to drive.

The guys at Uganda Revenue Authority (URA) are not interested in your safety but in paying the Ushs.130,000/- tax. In Sweden, it costs about US$1,800 to get a driver’s license. That is three times the per capita income of a Ugandan. It is easier to sit P.L.E, U.CE and UACE exams all at the same time than to sit driving tests. And there are several retakes. 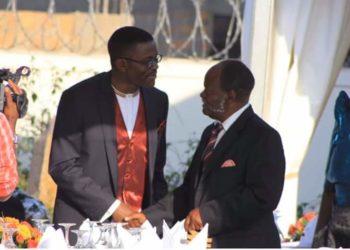 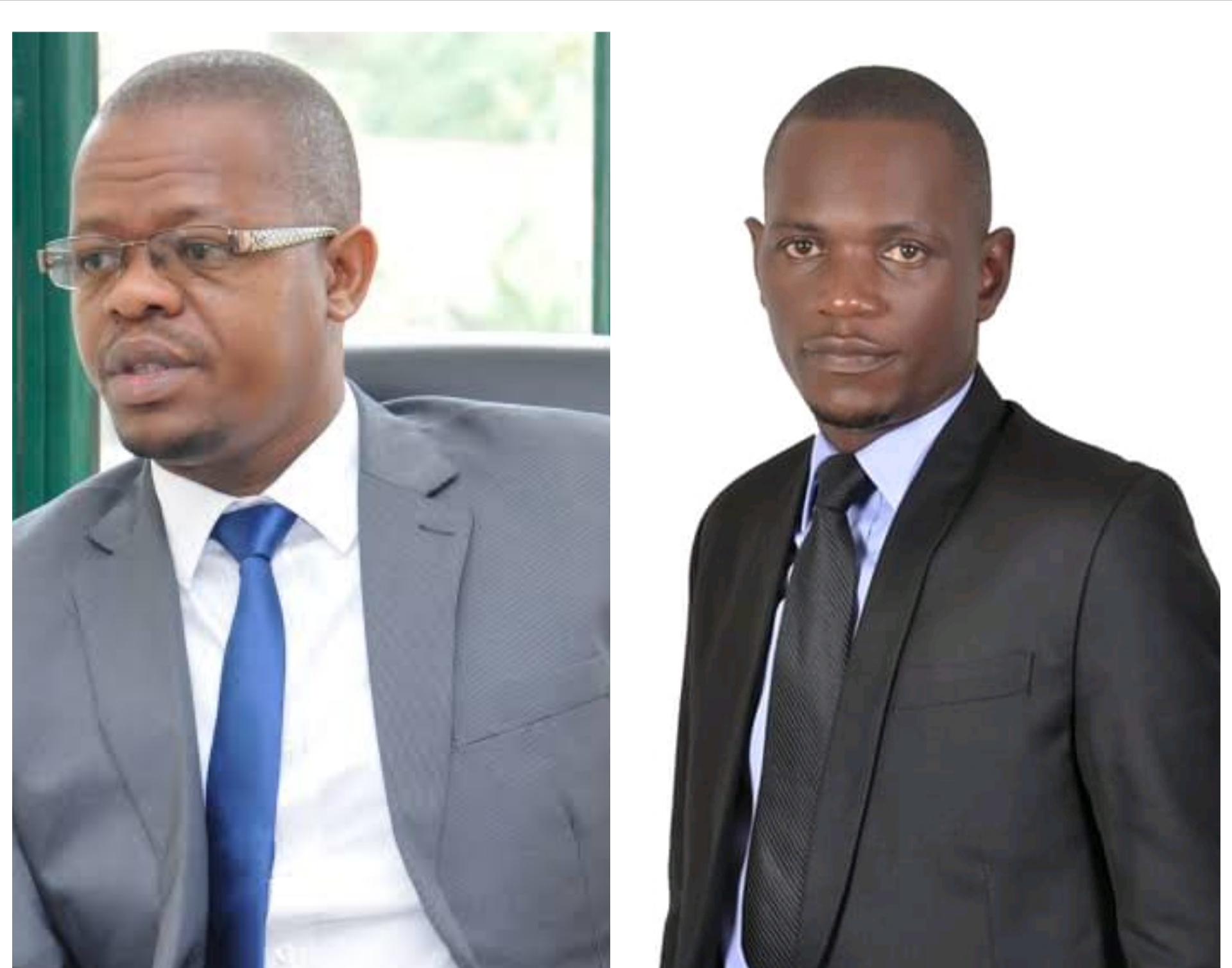 MICHAEL ABONEKA: It is wrong for Government to force its masks on the population