Last week, it became apparent that the initial news that a one Michael [K]alinda aka Ziggy Wyne had been kidnapped, eye yanked out, fingers chopped off and face burnt using a flat iron were exactly that – a hoax. Ziggy had a nasty motorbike accident at 7.30pm on July 21. People around the accident scene picked him up and took him to the nearby Hope Clinic. The nurse at the clinic referred him to Mulago for urgent medical attention.

But the first version of the story was more appealing for two reasons. First, it fitted the narrative about the state in Africa – as being brutal, violent and cruel to its citizens. It is a story Western media and human rights organizations (and naively followed by us African elites) love to embrace and tell in their everlasting (perhaps unconscious) desire to project Africa as the “heart of darkness.” Second, it provided political fodder for opposition politicians like Bobby Wine to project himself as the champion of human rights and democracy against the forces of tyranny.

However, the indefatigable Canary Mugume of NBS, then Tom Malaba of Daily Monitor, and other reporters went to the scene of the accident and interviewed eyewitness who told the story of what actually happened. For this, these reporters, but most especially Canary, became a victim of the most savage hate-filled personal attacks from supporters of People Power. Incidentally, none of Canary’s critics made any effort to challenge the facts he told.

Later I visited Mulago and talked to the doctors. Ziggy was brought to Mulago by a “good Samaritan” who said the victim had been involved in a traffic accident and was admitted at about 9.30pm as an unknown person and given the code name “Zulu.” Ziggy was treated, fed, bathed and given fresh clothes; the ones he was wearing at the time of the accident were taken and washed. On July 24th, his family came. He recovered and was discharged on July 28. He was given medicines to stop convulsions. He was later readmitted on July 31; doctors suspect he was not taking his medicines. However, the convulsions he suffered as a result of not taking his medication are the most likely cause of his death.

Yet in spite of this mountain of evidence Bobby Wine went to Mitooma to bury Ziggy and maintained the claim that Ziggy was kidnapped, tortured and murdered. He felt no responsibility whatsoever to provide any evidence to back up his claims. For him, the death of Ziggy only serves an opportunity for him to score political points. This crass political opportunism excites the passions of the hoards that see him as a messiah but shows how he lacks basic human decency and ethics even in the face of the death of one of his “close friends”.

Throughout last week, the journalists who told this truth but most especially Canary, became victims of cyber bullying by supporters of People Power. Rather than respond to the facts adduced by the journalists, the supporters of People Power hurled insults, abuses and false accusations that them. One wonders what sort of government Bobby Wine would preside over given the quality of people he has mobilized to his cause. We must remember that People Power is not supported only by lumpens. Some very smart Ugandans also do. The actions of its supporters demonstrate that behind its madness lies a clear strategy.

People Power is a movement without a cause except to grab power. It seeks so exploit the anger many Ugandans have at the state of affairs of in our country in order to gain power. But it has neither facts not a vision to justify its reckless pursuit of power. So its strategy is to deny all facts and insist that everything is subjective and relative; to dismiss all evidence as forged if it does not promote their political agenda; and to argue that every argument that seems to favor President Yoweri Museveni and his NRM is not based on conviction but has been paid for. It is interesting People Power resembles the Donald Trump movement in the USA although Americans who support it are anti Trump.

As Winston Churchill said, truths is incontrovertible: malice may attack it and ignorance may deride it. But in the end, it is there. Over the last decade, there has been a huge shift in government budgeting from consumption to investment – in roads, dams, power lines, water pipes, hospitals and schools. Defiance and its bastard child, People Power, hate to hear this. They know that the good things happening in our country are contrary to their political interests. Therefore they insist that there is nothing good being done. All there is are the bad things they complain about – which also happen – and which are driving people’s momentary anger.

Hence, they exaggerate the level of decay, disregard and deny all the improvements in the country and intimidate those who stand by the truths. They insist that everyone in Uganda should accept their gross distortion of reality. They do not seek to r persuade anyone to their point of view. They believe in using cyber bullying against all who disagree with them. This way they seek, like the European fascists of old, to rally everyone behind their cause by sheer use of psychological terror.

The aim of this strategy is obvious: bully everyone to believe change is urgently needed to rescue Uganda from catastrophe. They don’t want people to question the change they propose or ask for their alternative policies or even question their intolerant behavior. To question their lack of policy alternatives and the crudeness of their methods is evidence of having been bribed by Museveni.

For them politics in Uganda is a clash between good (People Power) and evil (Museveni); that these are the only alternatives available to us; that to say there is a third or fourth alternative is disguised support for Museveni; that for anyone to prove they support change in Uganda, they must hold fanatical, unthinking and unquestioning support for People Power. Many young people have been pushed into this because to do otherwise is to get ostracized from your circle of friends.

We are told that if Defiance and People Power supporters exhibit intolerance, we should not blame them because that is only an inevitable result of Museveni’s politics; that when People Power and Defiance use violence, intimidation, cyber bullying, blackmail, character assassination and insults against opponents, this does not reflect on the nature of government they will run; that Uganda needs change and it does not matter which methods are used or the behavior of the groups who bring it about. That lies, slander, cyber bullying are “weapons of the weak” fighting to end tyranny.

Lacking a serious policy alternative and being largely composed of the worst elements of our society, People Power needs to sell change as an emergency. This way it can avoid questions about its competence and values. That is why those who try to raise these questions are subjected to physical and psychological terror. This is why it has positioned itself in religious garb as a kind of holly spirit movement.

Yet Defiance and its bastard child, People Power, have failed to subdue the spirit of our nation. Increasingly many journalists like Canary and many others are finding the courage to stand up for the truths and defend it against this demented cult. The story of Ziggy Wine is one such example. These are the journalists who have chosen to swim against the tide of popular rhetoric and self-righteous indignation common among sections of our society today. They have chosen to defend right when it is miscalled wrong, to fight vices such us intolerance, radical extremism, blackmail, slander etc. that are presented to us as virtues.

Everyday, multitudes of elite Ugandans are coming out to say that politics must be about values and must be based on decency. That the role of our leaders should be to articulate these values and impart them on their followers by leading by example; that leaders should not pander to the worst instincts in their followers but try to appeal to the better angels in them. These developments will continue to expose pseudo democrats who, in their genuine opposition to Museveni’s corruption and incompetence, have turned a blind to the forces of evil fighting him.

‘It’s like he wanted to put the envelope in her jeans’, Ugandans react to VP Ssekandi- Masanyalaze video 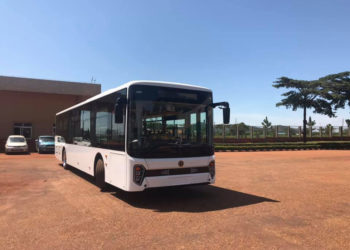 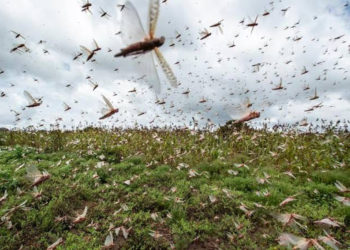 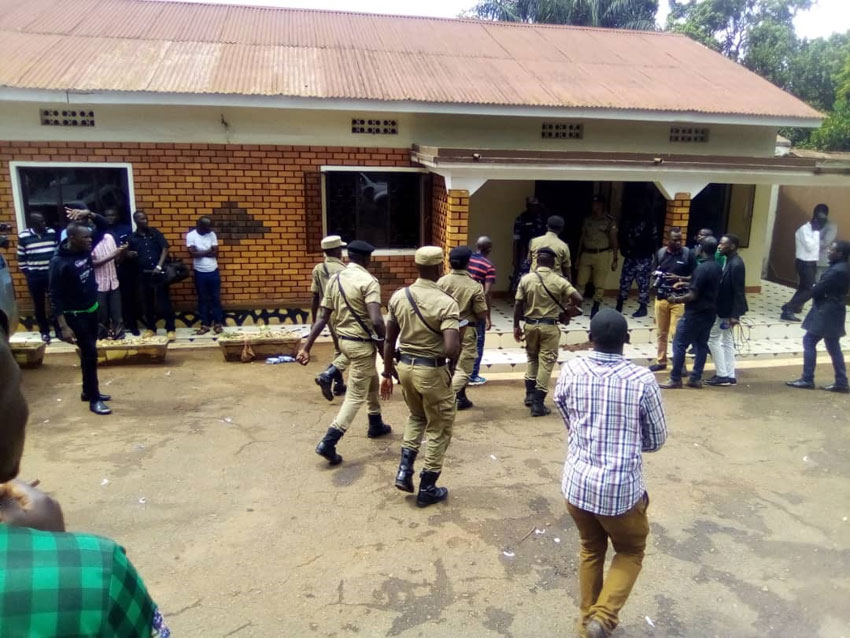 ‘It’s like he wanted to put the envelope in her jeans’, Ugandans react to VP Ssekandi- Masanyalaze video

Out To Lunch: Let journalists earn as much as advertising executives