by Stephen Kalema
in Politics
24 0 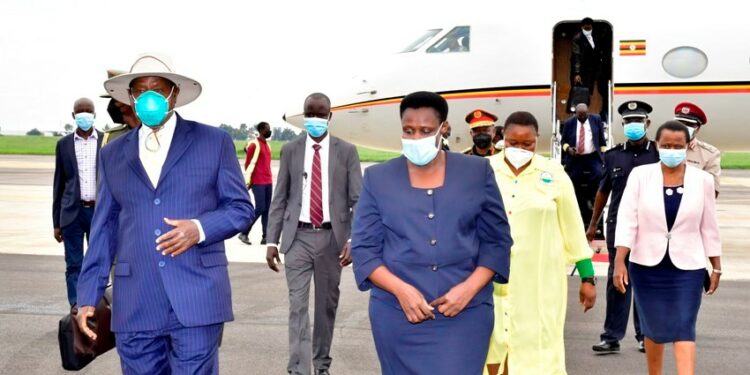 Vice President Jessica Alupo has asked members of the Cabinet to stop spreading rumours about the secrets within the cabinet because it’s against the oath they made.

Ms Alupo made the caution during the opening for the induction retreat for newly appointed members of the Cabinet at Kololo Independence grounds on Wednesday. The VP gave a lot of conditions for members to follow if they are to deliver service and asked them to respect the appointing authority.

“Cabinet colleagues, we come in handy to build on and carry forward a lot of work which has already been done by the NRM Government and I request all of us to do this diligently.  In our tenure in Cabinet, I expect us to expeditiously execute the 23 strategic directives issued to us by H.E the President in the commencement of this Cabinet. Most importantly, keep Cabinet secrets as we swore to an oath of secrecy in the commencement of our duties.”

The second female Vice president in Uganda’s history also warned them on dodging parliamentary sittings yet it’s their primary role as Cabinet members and Members of Parliament representing their people, to participate in the proceedings of the August House.

“Be good listeners, always calm, taking decisions only after gathering all the facts on the matter you are considering. Many of us here are elected Members of Parliament, please, balance your schedules, in Cabinet, Parliament, office and Constituency.”

In order to avoid clashing with the technical wing within the ministries, Alupo asked Cabinet members to always engage with them to avoid unnecessary wrangles and contradicting reports before parliamentary committees.

“Let’s work as a team amongst ourselves as Cabinet colleagues but also with technical people. We should also be accountable for our actions and how we spend our time. However, we must always stick to already established policies in the discharge of our duties. On top of that, you should find a way at all times to have your sectors represented in Parliamentary sessions.”