Uganda: Congolese refugees asked to relocate to gazetted camps, or go back home

by Mourice Muhoozi
in National, News
2 0 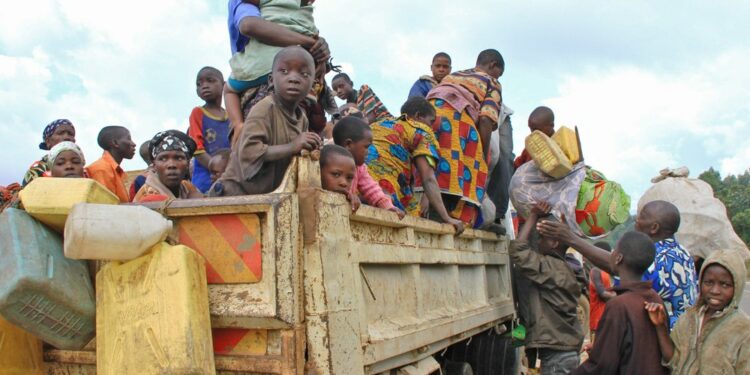 Tens of thousands of displaced people from the Democratic Republic of Congo-DRC have been told to willingly accept relocation to gazetted refugee camps in Uganda or go back home.

The refufees have since Monday  camped at Bunagana border post in Kisoro District.

Following a closed door meeting between Congolese security officials and those of the Ugandan government,  it was ressolved that the refugees relocate to designated camps.

Kisoro Resident District Commissioner, Peter Mugisha, told the press today morning that it was generally agreed that the refugees temporarily relocate to Nyakabanda transit camp, or return home to DRC.

He added on to say that after the joint meeting yesterday, the Congolese officials supplied assurance that relative calm had been restored in the troubled areas after a military confrontation with resurgent M23 rebels.

“We have agreed that the refugees either voluntarily accept to be relocated to Nyakabande transit camp for screening and provision of health care services among other daily needs or they return back home since the Congolese authorities have assured us that the place in now peaceful,” said Mr Mugisha.

Towards the end of yesterday, the leaders had started moving around the border using the public address system to convey the message.

On Monday Morning, the ressurgent M23 rebels launched a scathing attack on government positions in DRC, culminating into fierce fighting between the  insurgents and government soldiers.

The intensity of the fighting forced about 20,000 Congolese refugees to flee into Uganda and they are currently camped at Bunagana border town.

The Congolese government delegation who participated in the negotiations was led by the head of intelligence services, Bosco Mugalu.

Magalu said the decision to relocate the refugees was informed by reports of cut-throat competition for food and other resources with Ugandan locals.