Headteachers, parents urged to be vigilant as Gov’t confirms Influenza outbreak in schools

by Everest Mukiibi
in Health, News
3 1 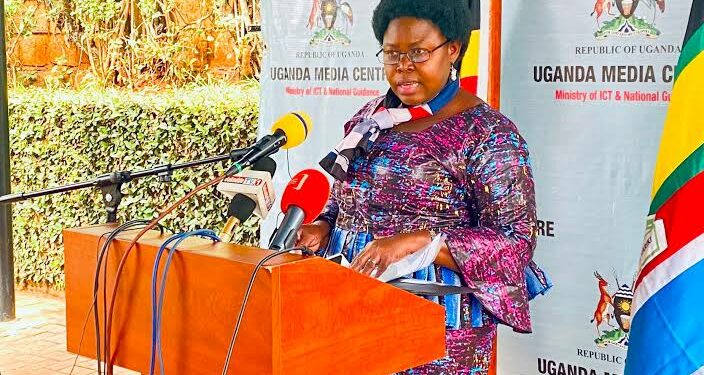 Government has confirmed the outbreak of Influenza A in schools. This comes after several reports of cases of flu, cough and respiratory issues among learners in schools.

Speaking in a joint press conference by the ministry of education and health at Media Centre on Thursday 17th march 2022, the state minister for primary education, Joyce Moriku Kaducu, said that 58 learners from different schools have tested positive for Influenza A and 2 for influenza B.

Kaducu said on Feb 27th 2022, the Ministry of Education received an alert from Wakiso District after some schools complained about the flu-like disease among the learners and tests were done on 198 samples.

The affected learners were found with symptoms like flu, cough, joint pain, fever and headache.

The Minister therefore urged directors of schools to be vigilant and teach learners in shifts to avoid overcrowding as well as curbing the rapid spread of the disease which is likely to mostly affect the young children.

Meanwhile Dr Hamis Mwanja, a director from the ministry of education  encouraged all schools to reduce some activities held at the institutions.

Jessica Musingwa, commissioner of schools said that there is no proper medication for influenza saying doctors treat it according to the signs and symptoms a patient presents.

In addition, Jessica encouraged parents to avoid giving their children herbs as medicine in this particular case because some of them are dangerous to their bodies however emphasized the use of fluids like fresh juice.

The public has also been called upon to be alert and vigilant against the influenza A and B outbreak which officials from the health ministry say that this type of influenza occurs twice a year.

ALBERT KATABARWA: My understanding of Patriotism and how it can be instilled in today’s youth