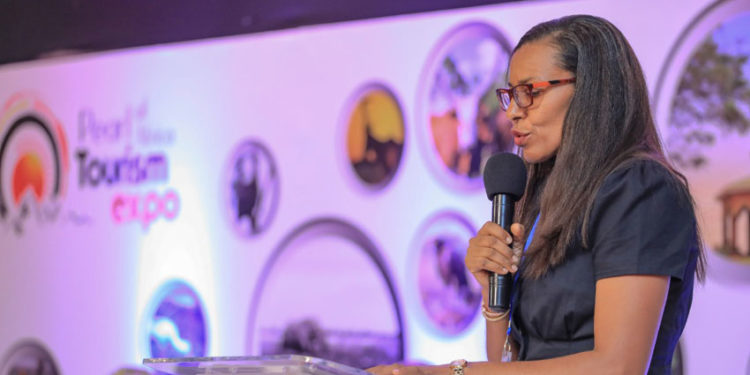 In a first ever for the fraternity, the tourism private sector and hospitality industry have on Wednesday announced a boycott of an upcoming government event, slated for Friday this week.

The Uganda Tourism Association (UTA), an umbrella body for tourism stakeholders have announced that they will skip the event, organised by Uganda Tourism Board, a government agency, for which president Yoweri Museveni is expected to be the most high profile guest.

The shocking move was revealed in a press release signed off by the Uganda Tourism Association, a private body, led by Herbert Byaruhanga, as the association’s president.

Private sector players in the tourism industry made it crystal clear, that they will not attend the said event organised by UTB, themed “rediscocer the magnificence of our period “.

They however noted with concern, that the move is not intended to distance themselves from tourism activities organised by government agencies, but due to long term unressolved grievances, particularly with UTB management.

These private players cited failure by government to make them part of the decision making process, and planning of the event, as the major reason as to why they decided to skip it.

“Amongst the many reasons for the boycott is lack of engagement by the government (UTB) in decision making and planning for this very event, and many innitiatives, which make the private sector of tourism and hospitality feel sidelined,” reads the statement.

According to the private sector, it was wrong and unjustifiable for Uganda Tourism Board led by Lilian Ajarova to plan this event, with the exclusion of private stakeholders, yet they are the major drivers of the tourism business in the country.

In support of this assertion, they also noted that tour operators and other actors spend millions of dollars transverrsing the continent, and looking for clients. To this effect, they supplied a clear example in the financial year 2018/19, when Uganda registered 1.4 billion dollars from tourism as a result of efforts made by the private sector players.

Still in the same release, they noted that failure by government to supply stimulus packages to tourism private businesses and companies is another reason for their planned bypassing of the event.

Various countries like the USA supplied stimulus packages to various private companies during the Covid-19 showdown to help them recover and stay in business. In Uganda, this was never the case, and private players also cited this as another reason as to why they plan to skip the ceremony.

They bitterly questioned the responsibility of government to its citizens, which ignored the tourism industry, without any package, yet the sector employs more than 600,000 people, especially the youth.
“However throughout the Covid-19 period, government of Uganda has deliberately ignored the tourism business, without any stimulus package, like other countries have done to help the tourism business recover,” reads the statement.

It was also indicated in the press release that some activities and procurements conducted by government in past months seem to undermine private sector, or scare away the activities of private players.

Amidst this frustration, major players in the private sector indicated that they proactively tried to commmunicate with the minister of Tourism, and chairman of the Uganda Tourism Board to seek redress to their challenges, all to no avail.
With all the reasons supplied, they concluded that they do not deem it important to continuously take part in government activities in the tourism sector, for which they are skipped during the original planing.

“Therefore, it does not make sense to us, the private sector of tourism and hospitality, to blindly engage in activities of government to flag off initiatives where we are left out of the innitial planning process,” reads the statement.

The planned move by the private sector players to boycott a mega tourism event organised by government is seen as a humiliation, and also indicate major loopholes in the management of the sector by UTB, which need redress.