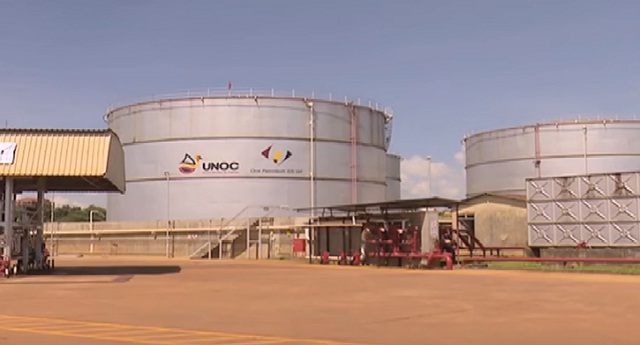 The government of Uganda is seeking to restore its full control of her oil reserves, that are located near Mutibwa Road, Jinja district.

This has been revealed today Wednesday by the Permanent Secretary in the Ministry of Energy and Mineral Development, Eng Irene Pauline Batebe.

The said reserves, with a capacity of 30 million litres, which is projected to sustain the country for two weeks are now empty, and also need refurbishing, according to the Energy Ministry.

In a statement issued today morning, Eng Batebe disclosed that after making research and thorough consultations, it was discovered beyond reasonable doubt that One Petroleum Limited, a private firm which government contracted to take over this role, does not have the capacity to execute it.

Batebe revealed that the said reserves are dry, with no single drop of fuel, yet in such times of crisis, the government is expected to turn to her reserves as an immediate solution.

Amid escalating fuel prices, it was hoped that government would turn to her reserves in Jinja to stablize the costs.
However, these hopes were ended on December 2nd, 2021 when the management of the Uganda National Oil Company (UNOC), revealed to MPs on the finance committee of parliament that inspite the increasing oil prices, Jinja oil reserves were dry, with no single litre of fuel.

The government seeks to restock its oil reserve facility in Jinja, after reclaiming it from One Petroleum Limited , and this is intended to avoid future disruptions of fuel supply and escalation of prices.

In 2008, President Yoweri Museveni said government’s control of oil reserves would unnecessarily tie up public monies, and recommended that the management be entrusted to private firms.

In May 2017, after being authorized by the ministry of Energy and Mineral Development, UNOC entrusted a private firm named One Petroleum Limited, with managing the Jinja Petroleum Storage Terminal (JPST), which has a capacity of 30 million fuel litres.

It was charged with the responsibility of refilling, managing and refurbishing the terminal to industry standards. However, the two entities up to now have failed to supply reasons as to why the facility is completely out of fuel.