by Mourice Muhoozi
in Health, News
2 0 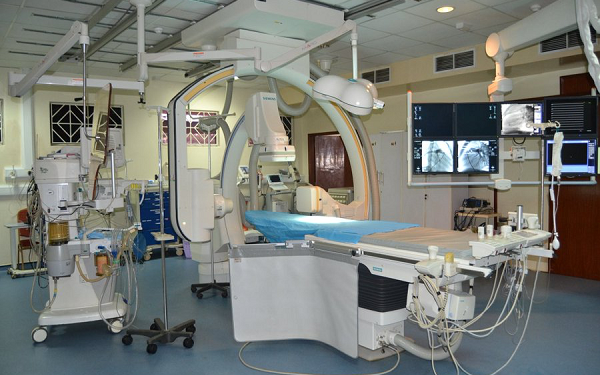 Health experts and authorities at Uganda Heart Institute, situated at Mulago hospital have warned of loomimg danger, that is likely to be precipitated by old and malfunctioning diagnosis equipment.

The shocking revelation was made on Thursday by the head of the institute, Dr. John Odiri Ogund Omagino, while addressing the parliamentary health committee, on the newly drafted budget for the institute, for the new year 2022-2023.

Routine operations at the hospital are most likely to be hindered by worn out equipment, meant for diagnosis and treatment of heart patients, warned heart experts.

Dr. Omagino expressed fears over flimsy heart diagnosis and treatment machines, which he said are mal-functioning.

He disclosed to the parliamentary health committee, that the mal-functioning of these machines is greatly attributed to the fact that they have outlived their youthfulness, and that new ones have to be put in place.

Flanked by his fellow health experts, Dr. Omagino told the legislators that the machines have been in operation for close to 12 years, as opposed to 7 years, which is the appropriate time deemed for them to be in operation.

“And now the next version is out, we need to buy new ones. Otherwise, we may have challenges servicing it and replacing the parts, ” he added.

Dr Omagino also revealed that the mal-functioning of the machine parts may cause a calamity to the country, and also said that as a team, they have been able to handle heart patients with minimal challenges.

He noted that there are brand new machines, of an advanced category and recommend that they should be deployed, instead of the worn out ones which are in place.

He further asserted that replacement should be effected without delays, and decried the budget committee’s act of not apportioning money for such a cause, in the 2022-2023 budget, something which he warned would have apocalyptic consequences.

Such a phenomenon at the heart institute revealed by heart experts is just one, in a series of crises and shortcomings that have overshadowed Uganda’s already beleaguered health sector.

Such crises are largely attributed to poor accountability and fraud, engineered by massive corruption and bribery, in which health officials in government establishments swindle funds meant for restocking drugs and other health equipment, leading to untimely death of patients.

In December 2015, then FDC strongman Dr. Kizza Besigye made an impromptu visit to Abim Hospital in Abim district, and found it in a sorry state. The appaling conditions of patients and dilapidated stractures were exposed to the public, which left government embarrassed.