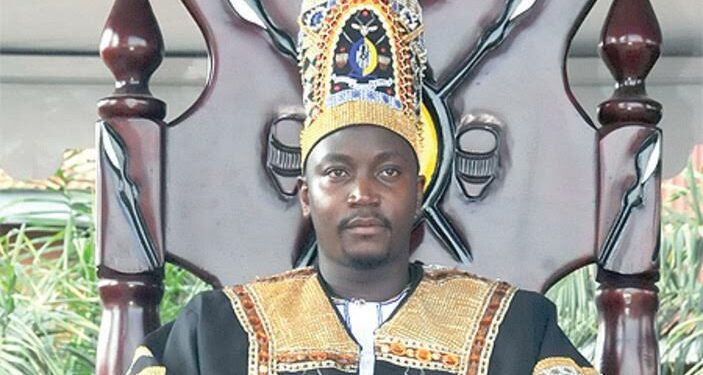 The Kingdom of Busoga has dismissed claims that Kyabazinga William Wilberforce Gabula Nadiope IV has been removed from the throne.

In a statement released on 14th January, 2022, the kingdom Prime Minister (Katuukiro) Dr Joseph Muvawala asked the general public to disregard the misleading reports and treat them with the contempt they deserve.

“HRH William Wilberforce Gabula Nadiope IV, the legitimate Isebantu Kyabazinga of Busoga Kingdom as duly elected on 24th August, 2014, enthroned on the 13th September 2014 and duly gazetted by the government of Uganda on 24th June, 2019 under general notice number 649 of 2019 is firmly in office and performing his functions as enshrined under the Obwa Kyabazinga Bwa Busoga Constitution and the relevant national laws,” Dr Muvawala said.

He added that the purported dismissal and or election of a new Kyabazinga is false, illegal, misleading and intended at creating disunity in the kingdom.

“The Kyabazinga once elected under the constitution of Busoga and our culture reigns till death and the organs of the Obwa Kyabazinga to it; the Busoga Lukiiko, the cabinet, clans council, Abambedha council, chief Royal council among others are duly performing their mandate and there should be no cause for alarm.”

Earlier on, the Busoga Kingdom Hereditary Saza Chiefs allegedly unanimously moved a vote of no confidence against King William Wilberforce Gabula Nadiope IV thus removing him from the throne.

In a public notice and declaration made on 3rd January, 2022, the Chiefs Royal Council said His Royal Highness Gabula was nolonger the king of Busoga Kingdom and that His Royal Highness Edward Columbus Wambuzi Muloki is now the new Kyabazinga.

“Aware that it is in the best interest of the Obwa Kyabazinga Bwa Busoga to at all times have a reigning Isebantu Kyabazinga elected by the Chiefs Royal Council in accordance with the constitution of Obwa Kyabazinga bwa Busoga from among the 11 chiefdoms,” the Royal Chiefs said in a document that was received by the Office of the Speaker of Parliament and Ministry of Gender on 12th January, 2022.

Prince Wambuzi was controversially elected the Kyabazinga on October 30th 2008 following the demise of his father, the late Kyabazinga Henry Waako Muloki on September 1st the same year.He was later removed from the throne.

Gabula was then unanimously elected by the ten Busoga Royal Chiefs who convened at Bugembe on 24 August 2014 for the purpose of electing a new Kyabazinga. Prince Wambuzi, the eleventh Busoga Royal Chief, who was also contesting for the throne, did not attend the meeting. Gabula was unanimously approved by the Busoga Lukiko (Parliament) on 25 September 2014.Following an unsuccessful last-minute court challenge, Gabula was crowned as the 4th Kyabazinga of Busoga at Bugembe on Saturday, 13 September 2014. President Yoweri Museveni of Uganda attended the coronation.