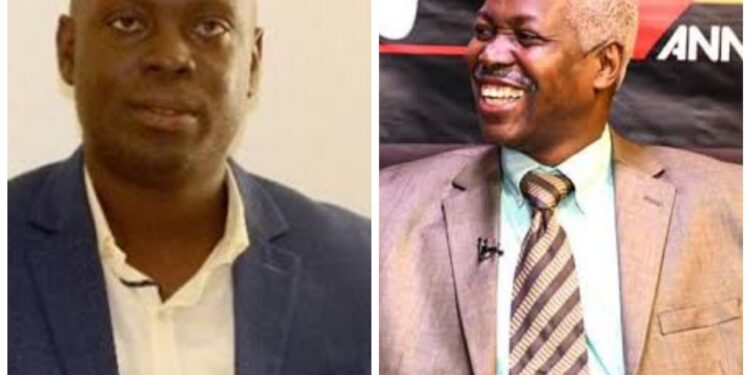 It should be recalled that Museveni gave his end of year address on the 31st of December, 2021 wherein he updated the country on a wide range of issues, mainly security and Covid-19 status update.

He also, in the same address, announced the full reopening of the economy after nearly two years of lockdown.

Kakande, however was quick to castigate the Head of State in what he said the contents of his address were full of falsehoods. He said it was unfortunate for Museveni to insist on using these addresses to peddle lies, demonize past leaders, and Muslims.

Rebutting the comments by the veteran scribe, a seemingly charged Kirunda described the accusations levied against his boss as “ridiculous”!

In a statement issued on New year’s day, Kirunda questioned the rationale of Kakande’s baseless accusations yet submissions by the President are always guided by wise counsel from experts and intelligence briefs.

He further challenged that Kakande steps forward and presents the particular falsehoods he referred to, and advance his alternatives for the better.

” The assertion by veteran Journalist John Kakande that H.E @YoweriMuseveni uses COVID-19 National addresses to tell falsehoods is ridiculous. The President relies of scientific, and Security intelligence briefs to guide the nation and has earned global acclaim for his leadership during the pandemic.

What are those falsehoods that Mr Kakande refers to, and what are his alternatives so we can consider them for the better?” The Press Secretary said in a statement.

Speaking to Watchdog Uganda separately, Kirunda emphasised the strict necessity for all government communications handlers to always on spot to respond to negative anti government propaganda like the one from Kakande,saying the silence gives birth to a misguided population.