by Stephen Kalema
in National, News
54 0 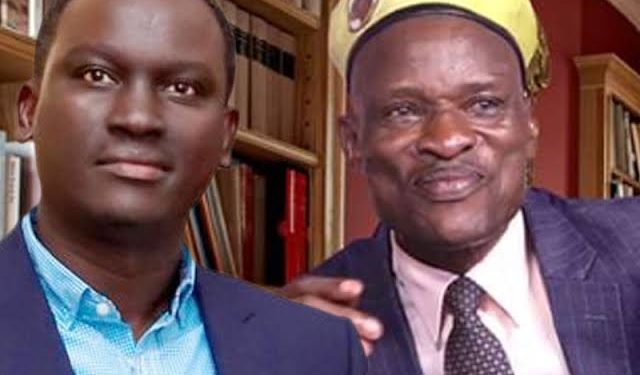 Appearing on local media YouTube channel- ‘TMO online television’ on Friday, Mirundi said that when he was still having a political talk show ‘one on one with Tamale Mirundi’ on NBS TV, Kariisa connived with his enemies and asked him to apologize to them because his TV ststion was being sued, a request he (Mirundi) turned down thus forcing the television management to suspend his show.

He added that now after almost one year Kariisa is now sending his former employee Simon Muyanga Lutaaya to beg him to return to NBS TV after realising that his media outlet is collapsing.

“Kariisa has been sending Muyanga to talk to me and he believes that I can go back to NBS yet he sat with those boys, I remember very well it was a Monday, they forged cases against me. I told Kariisa that they were lies and they were blackmailing me. He refused. I left his TV, now he is calling me, but I will never work with you again Kariisa and if you don’t stop sending Muyanga I will also work on him,” the political analyst said.

“I will never go back to NBS and even according to my will, my children are not supposed to put my death announcements on that TV. Don’t send Muyanga to me again. Let your TV station die peacefully because this is what you wanted. You are also among the mafias, you stole my Shs10bn, so dont ever think of me coming back to your TV. In fact, it’s my prayer that I don’t meet Kariisa again because if fate makes us meet again one of us will have to die. Continue sending your people to me, you will receive my hammer in your head. The moment you sat with my enemies you will never see me again and I will never forgive you.”

In June 2020, NBS TV resolved to block Mr. Mirundi’s show, claiming that they were facing a Shs10b court suit due to the “disparaging remarks” he used to make. However, after the suspension of his program, Mirundi revealed that nothing will stop him from taking on the government mafia.

“Yes, it’s true I’m done with NBSTV these mafias think they can bring me down. I am a very arrogant fellow, apologize for what? I should apologize because they’ve eaten Corona money? But I’m starting my own TV in four months,” said Mirundi in June 2020.