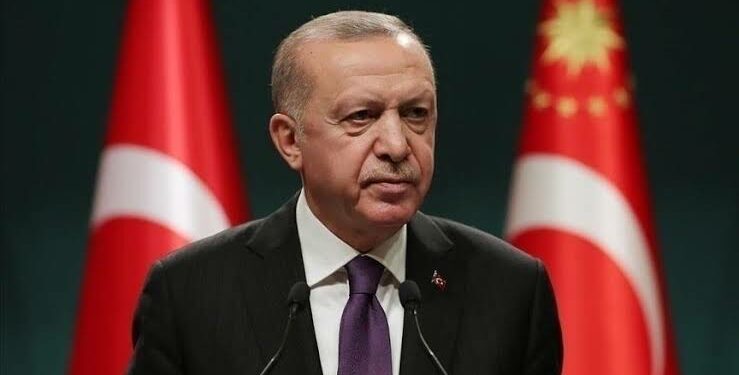 Turkey is aiming to deepen economic and military ties on Africa, President Recep Tayyip Erdogan said in remarks at a major summit of African heads in Istanbul, and called for a seat representing the continent at the UN Security Council.

Heads of state from 16 African nations, along with more than 102 ministers and representatives of the African Union and the Economic Community of West African States are attending the summit in Istanbul.

In October, Istanbul hosted business leaders and dozens of ministers from African states for a summit aimed specifically at increasing trade. The same month, Erdogan visited Angola, Nigeria, and Togo.

“One-point-three billion people live on the African continent and it is not represented at the Security Council,” Erdogan said on Saturday.

“This is a huge, flagrant injustice. I am still excited and thrilled every time I visit the continent,” Erdogan said, adding that he had made more than 50 trips to the continent and visited more than 30 countries since 2004.

“This summit is a testament to the fact that Turkey is interested in Africa and Turkey’s interest in Africa is not a temporary interest, it is a maintained commitment. Our African brothers and sisters are showing they are interested in better cooperation with Turkey.” he added.

Erdogan announced that Turkey would be sharing 15 million doses of COVID-19 vaccine with African countries in the next few months, adding that it was “a disgrace for humanity at large” that only 6 percent of the population had been vaccinated.

Turkey is also ready to share counterterrorism expertise and delivery military technology to countries in Africa, he supplemented.

“We understand security challenges like those from Daesh (ISIL), Boko Haram, and al-Shabab are not for a few countries only, but a shared challenge. Turkey has advanced technology when it comes to the defence industry, and Turkey has great experience when it comes to counter-terror operations. We are ready to offer this prowess to our African brothers and sisters.”

Turkey has a major military base in Somalia, where it has helped build infrastructure for the government and trained security personnel.

Turkish forces also have a presence in Libya, where they are backing a UN-recognised government, and Turkish armed drones have played an important part in the conflict.

Turkey signed a military cooperation agreement with Ethiopia earlier this year, during a visit to Ankara by Prime Minister Abiy Ahmed.

Ethiopia, along with Morocco, already buys arms from Turkey. In October, the Reuters news agency reported both countries were buying Turkey-made Bayraktar TB2 drones, which have also been sold to Azerbaijan, Poland, and Ukraine.

In the first 11 months of 2021, bilateral trade had reached $30bn, Erdogan said on Saturday, and Turkey planned to increase this to more than $50bn in coming years.

Erdogan added that some 25,000 Africans were employed in the continent by Turkish companies, in projects worth $78bn, and more than 14,000 African students had studied in Turkey.

The enhanced economic cooperation between Turkey and African nations was being driven partly by Turkey’s own desire to diversify its trade partners, said Ismail Numan Telci, deputy director at the Center for Middle Eastern Studies in Ankara.

“Rather than limiting itself with the immediate neighbours, Turkey has been reaching out to wider regions including Africa to diversify its strategic engagements. In this regard, Ankara has considered African countries to be equal partners in its foreign policy objectives as well as economic goals,” said Telci.

African leaders, meanwhile, were increasingly seeking to find development partners that are outside of historical European centres of power with colonial histories in the continent.