by Catherine Apolot
in National, News
4 1 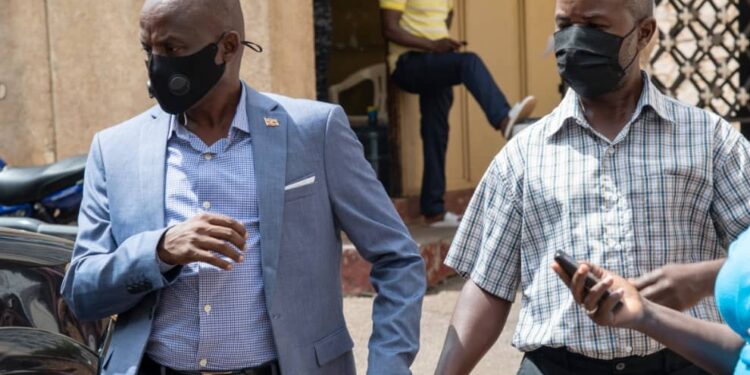 The duo which was arrested by the State House Anti-Corruption Unit headed by Col Edith Nakalema, appeared before Entebbe Chief Magistrates Court on Friday.

Nziza and Patrick’s arrest followed an appeal by a one Esther Lubonde who cried to Col Nakalema to rescue her from people who had grab her land.

In a video that went viral on social media a few days ago, Lubonde recounted her frustration and desperation about land grabbers who had with impunity forcefully displaced her and taken over her family land situated at Kitubulu along Entebbe-Kampala Road.

Following the complainant’s video, State House Anti-Corruption Unit swung into action, investigated the matter and on Friday, December 17, 2021 arrested the duo which was later charged before Courts of law.