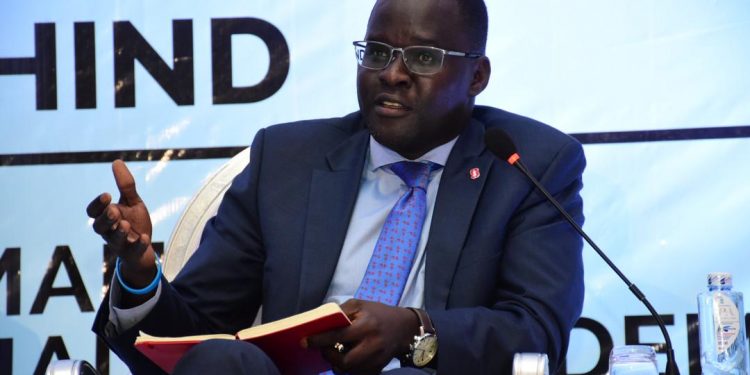 The Human Rights Tulip is a prize awarded annually by Netherlands’ Ministry of Foreign Affairs to human rights defenders or human rights organisations to support them in the important work they do.

The winner receives €100,000 (over Shs400m) and a bronze sculpture of a tulip. They can use the international visibility they gain from this recognition and the prize money to help them continue and expand the scope of their human rights work.

Opiyo is a human rights lawyer and is executive director of Chapter Four Uganda, an NGO dedicated to the protection of civil liberties and promotion of human rights for all. He has played an important role in criminalising torture in Uganda and has also successfully campaigned against a Ugandan anti-gay law. Mr Knapen: “Thanks to Nicholas that law was not enacted. His work has made the LGBTI community in Uganda feel stronger, in the knowledge that they have allies who support them.”

Because of his work, Opiyo has been threatened, spied on and persecuted. In December 2020, in the run-up to the elections, he was arrested and detained. ‘Even when Nicholas was in prison his work continued,’ said the minister. ‘He gave other prisoners legal advice, and so managed to secure the release of 68 people and make them stronger so that they could also make a difference.’

The other two nominees for the Human Rights Tulip were Nunca Más, a collective of human rights defenders who protested against injustice and persecution in their home country, Nicaragua, and Russian lawyer Mari Davtyan, who for many years has been working to secure the safety of thousands of women in Russia in her campaign to make domestic violence there a criminal offence again rather than a misdemeanour.