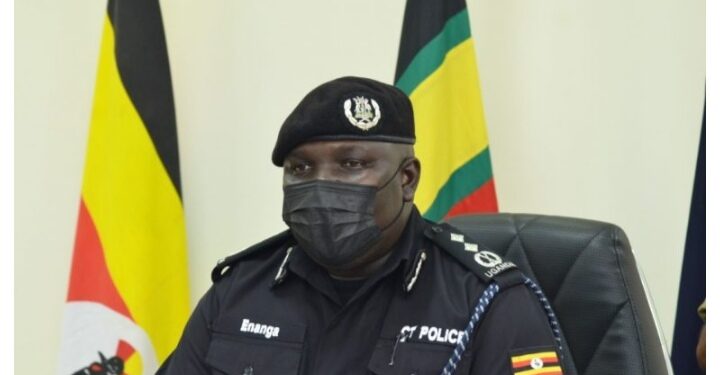 The Joint Intelligence and Counter Terror Task Teams, have arrested a man allegedly belonging to the Allied Democratic Forces-ADF terror cell, and recovered an assortment of terror related exhibits.

The suspect identified as Isma Kiyemba, is a 24-year-old, male adult and resident of Makandwa village, Kajjansi Town Council, in Wakiso District, who was tracked down and arrested using advanced surveillance techniques.

Police Spokesperson Fred Enanga says at the time of his arrest, Kiyemba was found with a written Will and a planned mission.

“Upon arrest, he led the team to a search at his premises at Kajjansi, where an assortment of bomb making materials which included; Chemical fluids, 5 capacitors, electric and copper wires, batteries, screws, nails, a digital timer, two electric mortars, 5 mobile phones and several Sim cards were recovered. In addition, a Bank Visa card and materials used in the manufacture of destructive devices including experiments, were also recovered and exhibited,”Enanga said in a press statement on Wednesday.

He added that they further established that the suspect was the one who assembled the suicide jacket and belt that was detonated by Matovu Muzafaru, on the Swift Safaris bus at Lungala, in Mpigi recently.

“He was also in the process of assembling another IED, on the instructions of an ADF commander, whose details he availed to the joint task team. We have also established that he was recruited and radicalized into the ADF terror cell in Lweza by Imam Sulaiman Nsubuga, who is still at large and wanted. At the time of his arrest he was found with a written WILL and a planned mission.”

Enanga also disclosed that as joint security agencies, they are still carrying out operations until the remaining terrorist agents, collaborators and operatives are wiped out.

” We also want to inform the public that the threat environment still exists, which calls for extra caution and vigilance, as they go about their daily activities, and further remind them, to report any threatening or suspicious activity, to the nearest security agency.”