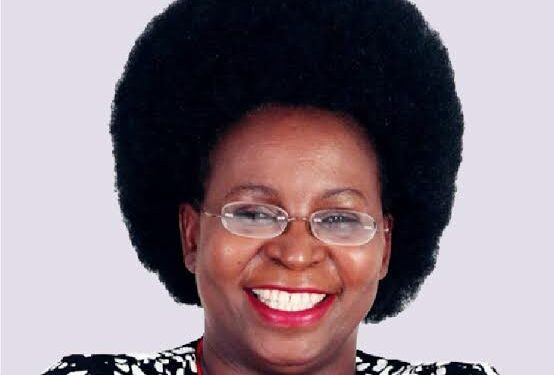 The Minister of Science and Technology Dr Monica Musenero is currently under investigation by Parliament after being accused of misusing over Shs50 billion meant for Covid-19 vaccine development.

The probe follows concerns raised by Ntungamo Municipality MP, Yona Musinguzi who said that in 2020, a select group of scientists led by Musenero convinced President Yoweri Museveni that they could produce a vaccine for Covid-19 and were funded under the Presidential Scientific Initiative on Epidemics (PRESIDE) and yet they lacked the capacity to develop the vaccine.

Who is Dr Musenero?

Monica Musenero Masanza (born circa 1965) is a Ugandan veterinarian, microbiologist and epidemiologist, who serves as a consultant epidemiologist to the government of Uganda, an advisor to the president of Uganda on epidemics and pandemics as well as Minister for Science, Technology and Innovation.

She previously served as the Principal Epidemiologist and Assistant Commissioner for Epidemiology and Surveillance in the Uganda Ministry of Health. Musenero has previously played leading roles in the control of Ebola epidemics in Uganda, the Democratic Republic of the Congo and in the West African country of Sierra Leone.

Musenero was born in present-day Butebo District (formerly part of Pallisa District), in the Eastern Region of Uganda. After attending local primary school, she studied at Bubulo Girls Secondary School for her O-Level studies. She then attended Nabumali High School, where she completed her A-Level education in 1987.

In 2008, Musenero was employed by the African Field Epidemiology Network (AFENET), as a Consultant Epidemiologist and Senior Program Officer, based in Kampala, Uganda. In 2011, she was promoted to Regional Epidemiology Director, serving in that capacity until 2013.

In 2014 she served as a consultant for the World Health Organization, during the Ebola virus epidemic in Sierra Leone. She was then hired as the Principal Epidemiologist and Assistant Commissioner, Epidemiology and Surveillance at the Ministry of Health in Uganda, in 2015.

In 2014, during the Ebola outbreak in Guinea, Liberia and Sierra Leone, after Musenero had retired from the Uganda Ministry of Health, she was recalled to “offer technical advice in West Africa, because of her experience in handling Ebola”.

In early 2020, before Uganda recorded her first COVID-19 patient, Dr Musenero was appointed as a senior advisor to the president of Uganda, regarding the pandemic. She led a team of professionals and technocrats who planned strategy and advised the president on the way forward.

Monica Musenero is married to Michael Masanza and together are the parents of three children.

Uganda Airlines to add nsenene to its menu

Uganda Airlines to add nsenene to its menu