by Stephen Kalema
in National, News
106 4 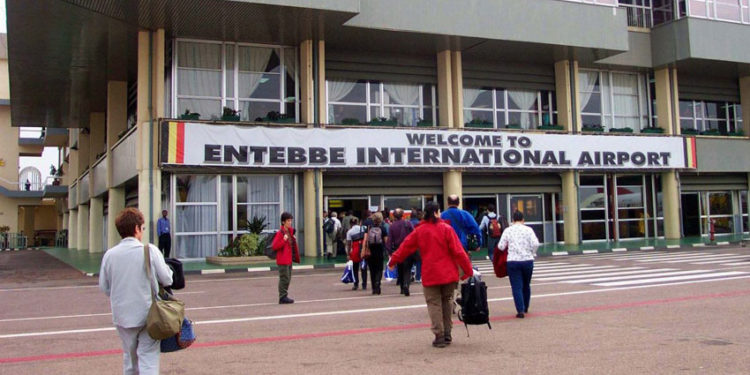 China has dismissed claims that it wants to takeover Entebbe International Airport over loans.

The Chinese Embassy in Uganda has since described claims as intended malice by the Western powers.

Using their Twitter handle, the Assistant Minister of Foreign Affairs in China Wu Jianghao said that it’s not always fair to label the loans China gives to African countries as debt traps yet when Western powers give in loans, they are labelled as donations.

In the same spirit, the Director-General of the Department of African Affairs of China’s Foreign Ministry Wu Peng said the claims are baselessly intended to ignite hatred.

In November 2015, the Ugandan government signed an agreement with the Export-Import Bank of China (Exim Bank) to borrow Shs736.8bn at two percent upon disbursement. The loan had a maturity period of 20 years including a seven-year grace period.

It has now emerged that the deal signed with the Chinese lenders virtually means Uganda “surrendered” its most prominent and only international airport.

According to Uganda Civil Aviation Authority (UCAA), some of the provisions in the Financing Agreement with China expose Entebbe International Airport and other Ugandan assets to be attached and taken over by Chinese lenders upon arbitration in Beijing.

Unfortunately, it has also emerged that China has rejected recent pleas by the government to renegotiate one of the dangerous clauses in the 2015 loan agreement. Although in desperation Uganda in March sent a delegation to Beijing to renegotiate the toxic clauses of the deal, the officials came back empty-handed as China would not allow the terms of the original deal to be varied.