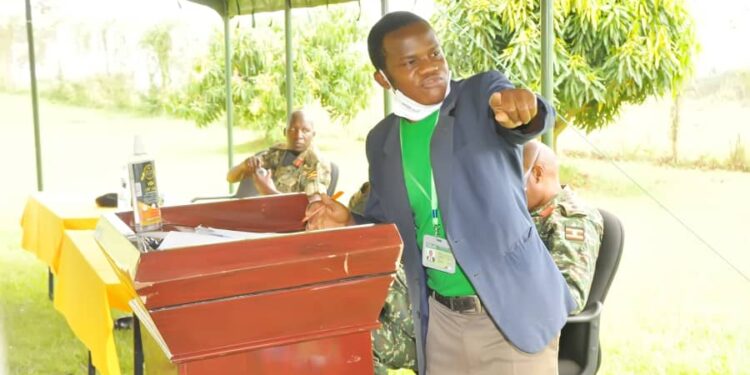 Activities are urging National Forest Authority and other stake holder entities in forestry, conservation and related sectors including NEMA and Parliament of Uganda to urgently review the licenses given out to private individuals and entities for development and eco tourism purposes in Central Forest Reserves since 2017.

According to a statement released by activists under the Greening Uganda Campaign recently many of these licenses given to private Developers to carry out various legal and regulated activities have been abused.

“Some of these places have  activities like charcoal burning, Deforestation, timber logging all of which are contrary to the terms of the licenses they received and the laws that govern and regulate the development of forests in Uganda” Dr. Jibril Owomugisha the Greening Uganda campaign Chairman emphasized.

The National Forest Authority put out adverts in the press on the 17th of July 2017 for licenses  to develop a number of Central Forest Reserves.

In all these ranges National Forestry Authority has been seeking private Developers and partners to partner with and add value to specific strategic sites in these locations so as to create sustainable livelihoods for surrounding communities among other benefits.

In a number of them, licenses have been given out for Eco-tourism and other forms of environmentally friendly and sustainable development but those who have acquired the licenses haven’t played by the rules according to Greening Uganda Chairman Jibril Owomugisha.

“Some have even gone to the extent of putting up permanent  buildings in the site’s they have been allocated something which is not only bad for the environment but also borders on illegality” he says.

First Environmental Activists have called for a review of all development licenses given to private Developers in central forest reserves across the various ranges with in the country.

“This will enable the authorities understand properly how some of those they have licensed are destroying the eco-systems in these areas with proper site visits and follow up” the Activists s say.

Consequently licenses can be revoked for those that have abused them and are involved in activities contrary to those stipulated by the licenses they were given while other forms of correction can also be instituted.

In a related positive development the National Forestry Authority’s Public Relations Officer Juliet Mubi while responding to concerns of activists on a public forum noted that the National Forestry Authority is aware of these concerns and has among other interventions chosen to follow up on private individuals who illegally acquired land titles in Forest Reserves pushing for them to be cancelled by the relevant authorities.

This is on top of other interventions they are undertaking to ensure the sustainable use and preservation of the country’s forest resources by all stakeholders going forward.

ALDON WALUKAMBA, G: To reduce the number of child mothers, we must popularize emergency and permanent contraception

ALDON WALUKAMBA, G: To reduce the number of child mothers, we must popularize emergency and permanent contraception