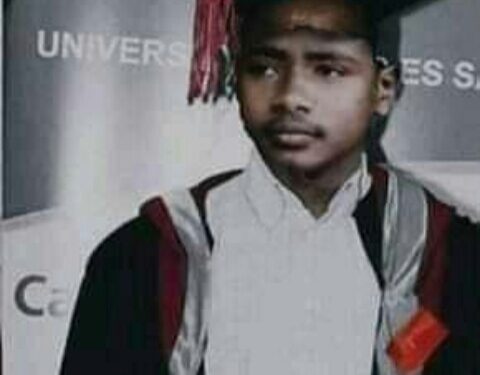 A photo said to be of President Yoweri Kaguta Museveni while graduating at Dar-es-Salaam University has surfaced online amid provocations from his critics to prove his claim he has ever graduated in 1969.

A section of Ugandans, mainly aligned to the opposition have been making sarcastic calls for any evidence to prove that Museveni ever set foot at the prestigious Tanzania based university as per his CV.

Severally, Mukono Municipality MP Betty Bakireke Nambooze has relentlessly been challenging the Head of State to prove his claim, going ahead to stake Shs10 Million for whoever presented photographic evidence of the same.

At last, however, a young Museveni full of life, donning a graduation gown is trending on social media much to the excitement of his followers.

In the trending photo, the younger Museveni appears lost in much thought, a thing his supporters have claimed could have been occasioned by his impending role in the redemption of the people of Uganda.

Naysayers have however been quick to dismiss this narrative, instead preferring to say the facial expression is a reflection of ” his cold-blooded approach” regarding his critics.

Although this Website can not authoritatively verify the photo in question, it would go a long way towards silencing the debate on Museveni’s education background, especially in Dar-Es-Salaam.