by Brian Mugenyi
in News, People
6 0 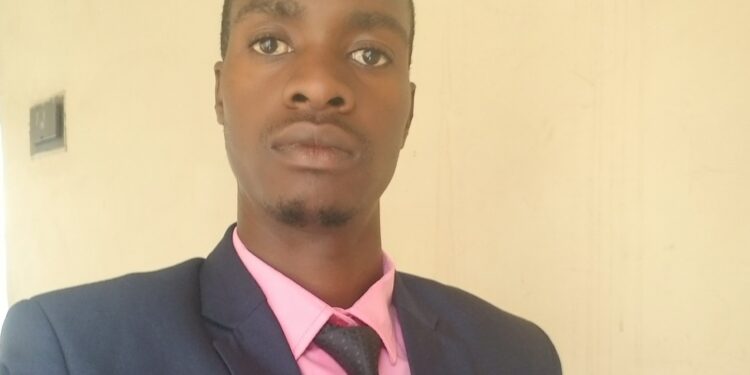 Huzaifah Buyondo, a lawyer by profession and a team leader at Honest General Auctioneers is one of the promising legal brains in Masaka City.

Buyondo is a strong pillar in the legal fraternity who together with his colleagues have been able to work on a number of political and land disputes in Greater Masaka region.

“To be frank, one must be orally articulate before convincingly argue the case. You must be well informed,” 26 year old Buyondo softly shares.

He is very logical and analytical while handling cases and this has been one of the secrets why he has been able to thrive in Masaka.

By nature, he is a down to earth man. Seen the good, bad and ugly side of life but roar each day with contempt and familiarity to have purpose in life.

Born to Nalubwama Mariam and Abdul Buyondo, residents of Gayaza Village in Masaka City, Buyondo has laid a concrete foundation to be looked up to, as an informed young man and a passionate lawyer.

“This is a sign of respect and associating with such people of different kinds has given me ample time to do more and aspire for more,” added Buyondo.

“At Honest General Auctioneers, we handle our clients with due repect and whenever we get issues to handle for clients it’s a sign of victory and managing the client wholesomely it’s a sign of achievement.”

Honest General Auctioneers, has existed for the last eight years as legal company headed by Rogers Bulegeya also an advocate in Masaka City.

“I’ve learnt that we can be good, and better if we only serve beyond to everyone’s expectation.As a legal fraternity, Masaka City we’re stable and the network amongst us is very productive.

“Lawyers by nature share many in common. They aspire to win cases and win everyone’s heart in court,” he added with beaming smile.

When he kickstarted his career  as a practicing lawyer in 2018, Buyondo wasn’t making money as par say since he first focused on pro bono services.

“It was really a challenge and later we established F-Gumikiriza & Company advocates. As a young legal personnel, I focused well and moved on well with free services in our legal company,” added Buyondo.

It is the trust, commitment and ability to deliver in time that has worked miracles for Buyondo.

“With lawyers, we don’t market ourselves, failure to deliver, you’ve your career soiled and the reverse is true.”

“Lawyers are social persons, respected individuals and they handle people of different kinds with a lot of professionalism,” he says.