We’re ready to deal with you, Police assures Bobi Wine and Besigye groups

by Stephen Kalema
in News, Politics
2 0 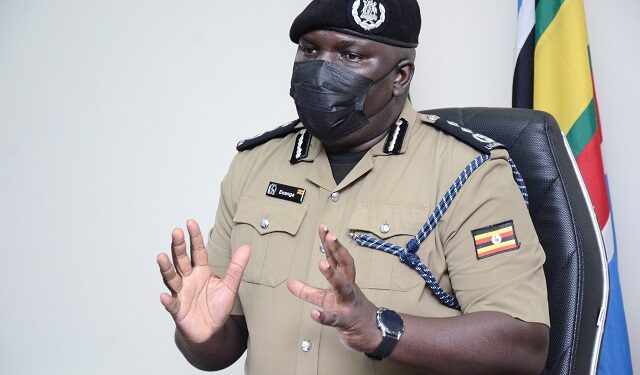 Police have once again assured the leaders of National Unity Platform (NUP) and People’s Front for Transition (PFT) that they are ready to deal with them in case they carry out any illegal gatherings that are against Covid-19 regulations and demonstrations.

Last week, Police pinned NUP (led by Bobi Wine) and PFT (led by Dr Kizza Besigye) to have mobilized their political leaders at various levels from Members of Parliament, Councilors and other local actors of violence, to hold riots and political demonstrations, over the lawful remand of two opposition Hon. MPs namely; Hon. Ssegirinya Muhammad and Hon. Allan Ssewanyana.

However, the accused political groups last week refuted the allegations and said they have no plans of carrying out any demonstrations or riots.

Nevertheless, while addressing journalists at Police headquarters the Police spokesperson, Fred Enanga confirmed that their intelligence has got reliable information that there is a dangerous planned political demonstration by NUP and PFT that is to take place within this week.

“Following intelligence gathered about plans by NUP and other violent groups and actors to hold riots and political demonstrations this week, we wish to inform the public that the security agencies are ready and prepared to counter all riots and illegal protests. Although the extent of the threats cannot be predicted, we are taking no chances, following the continued and reckless statements by the anti-democratic forces and agents of disunity, embedded agitators of violence.”

Enanga asserted that Police have organized mobile and rapid, response teams on standby that are prepared across over 300 flashpoints to control crowds and also respond to any public safety needs.

The warning comes at a time when PTF is conducting nationwide mobilization “termed as the Red Card Agenda.’ And according to PFT Deputy Spokesperson, Harold Kaija, they are planning to hold several meetings this week. He noted that Article 3 of the Constitution of Uganda allows them to do conduct meetings.