Government urged to provide skills and funding for the girl child 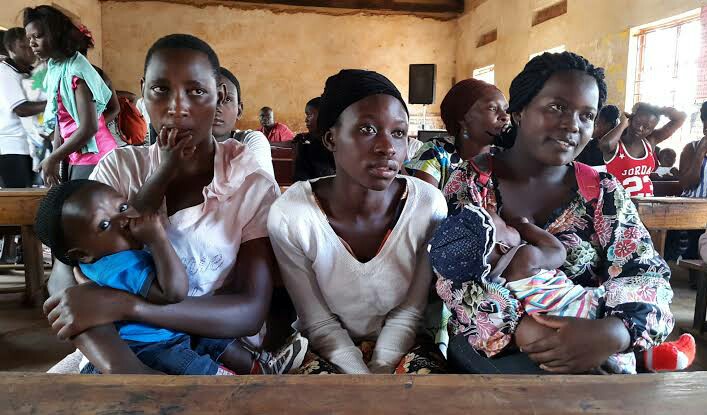 Government is urged to avail funding and skill the girl child following the rising cases of defilement and teenage pregnancies.

The followed a motion for government to support the girl child and children in general.

Opendi said that due to the Covid-19 pandemic, about 15 million learners have been locked out of education for failure to access radios, Television and the internet. This, Opendi said kept children redundant and exposed girls to risky behaviors.

“A report by FAWE reveals that there was an increase in teenage pregnancies among girls aged 10-14 years and 22 per cent of girls forced into transactional sex due to poverty” said Opendi.

She added that whereas there are known challenges faced by girl children, the pandemic worsened the situation exposing girls to child marriages, teenage pregnancies and poor menstrual hygiene.

Rakai District Woman MP, Juliet Kinyamatama said child mothers opt to drop out of school due to stigma and tipped government to consider incentives that would inspire them to resume school.

“If we want these girls to go back to school without stigma, we need to give them incentives such food for their children. There should be a special package for teenage mothers before re-opening of schools,” she said.

Rita Akankwasa (Indep., Mbarara City) said that most children who get pregnant chose abortion due to stigma leading to more maternal deaths.

“You know we have stigma and the first thing that happens to a girl child when she gets pregnancy it is to move away from home. They are not accepted, are desperate and opt for unsafe abortions that result into deaths,” Atukwasa said.

She urged fellow legislators to use all platforms in their constituencies and speak for the girl child.

“I call upon you to go back to your constituencies to speak for the girl child; talk about it during your radio programmes because parents are hurting. I implore you to even use your money and skill these girls,” Atukwasa said.

MPs proposed that government should include skilling of children who are unable to continue with formal education in the new parish model.

“As we go to parish model implementation, let there be skilling centres easily accessible to these girls. Let us not only provide funds but also give them equipment,” Cecilia Ogwal (FDC, Dokolo District) said.

The Deputy Speaker, Anita Among aid that the proposed skilling centres should be situated at parishes so that children do not have to walk long distances which would otherwise expose them to more risks.

“In this parish model, we must localise the skilling areas; they should be in the areas where these children come from. If it is long distance, they will get challenges from men,” Among said.

The Minister for Health, Jane Ruth Aceng said the Ministry of Education and Sports is yet to complete the School Health Policy where the plight of the girl child will be addressed.

She however asked MPs to focus on the boy children who she said have been forgotten and were key players in the challenges girls are facing.

“For the last 25 years, nearly all governments world over have focused on the girl child so the boy child went into retreat. They are doing drugs because we forgot them; it is time to focus on the boy child, because they are all children,” Aceng said.

HENRY MUTEBE: My lessons from Norway

Bobi Wine: This is what Museveni wants Ssegirinya to do in order to set him free

Bobi Wine: This is what Museveni wants Ssegirinya to do in order to set him free