by watchdog
in Health, News
3 0 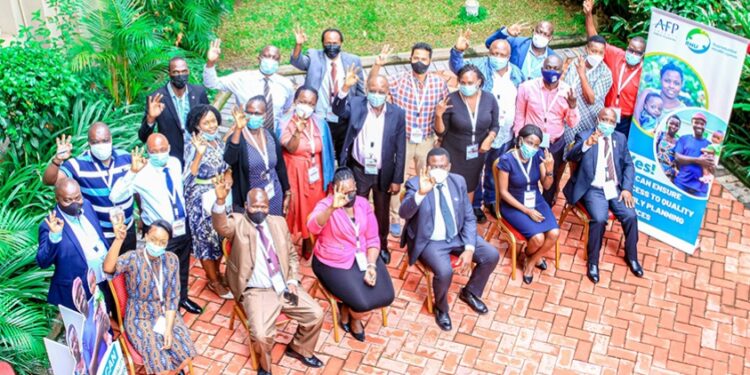 79% of the respondents in a 2020/ 2021 survey whose results were released feel pregnancies have increased in their communities ever since the COVID-19 pandemic began.

This isn’t an entirely new finding since some were already reported not to have returned when the government briefly re-opened schools in a staggered manner but human rights activists are awed by the continued lack of options for girls who seem trapped.

Jackson Chekweko, Executive Director at Reproductive Health Uganda (RHU) says the only source of some sexuality education for girls was schools and yet some doable interventions in the community remain unutilized.

RHU has started an online platform ‘Ask RHU’ where youths who have access to the internet can access some sexual and reproductive health information or even
send an alert for help, Chekweko says the bulk of the girls that get unintended pregnancies and face other sexual abuse, diseases, and stigma, live in areas where they can’t access these modern information tools. The ‘Ask RHU’ application can compliment other integrated interventions supported by Advance Family Planning (AFP), Safe Hands, UNFPA, Rutgers International, Danish Family Planning Association, Hewlett Foundation in partnership with RHU.

Twaweza’s Sauti Za Wanainchi survey in 2021 which is mobile phone-based where researchers pick people’s perceptions about specific key social issues was conducted in the areas of Kampala, Kyotera, and Tororo and eight in every ten citizens said that they felt teen pregnancy had become a bigger problem during the Coronavirus pandemic.
Half of the respondents at 51% reported physical violence increasing whereas another 51% observed an increase in emotional violence. 46% said sexual violence had gotten worse during the pandemic.

When this data was presented to James Tumusiime, the Country Director of youth-led NGO Reach A hand Uganda (RAHU), one of RHU’s partners that focuses on advancing Sexual Reproductive Health and Rights
(SRHR), he kind of validated the problem noting that in the previous lockdown, they followed 60 cases of girls that were victims of Gender-based violence, some pinning the police. He says none of the offenders was ever prosecuted.

Now, calling for the government to put to use the good laws on defilement, rape, and other forms of sexual violence, Tumusiime says as schools remain closed due to COVID-19, there is a need for community interventions that can enable girls’ access information.

He for instance recommends re-activation of the Village Health Teams by the Ministry of Health to incorporate sexual reproductive health information and commodities among the items they take to the communities.

But, the ministry seems to be out of options for now. For instance at the launch of the Twaweza study, the Assistant Commissioner Reproductive and Infant Health in the Ministry, Dr. Richard Mugahi said the COVID-19 pandemic has not just disrupted their programs for teenage girls, but mothers and children too.

He said what they are learning from the pandemic is that girls are safer at school and that parents seem to be either overwhelmed or have no clue on how to protect their children.

“When COVID-19 had just started, I remember most parents crying on TV asking the government to help them and people in the community made fun of them asking themselves how government can intervene on teenage pregnancies but this shows that there’s a gap.”

Tumwekwase who is also a member of the Parliamentary Health Committee says the fact there has been an increase in teenage pregnancies during the COVID period is an indicator that there are gaps in health service delivery.

Through her experience working in health service delivery at the local government, she says the biggest challenge is a scarcity of enough health personnel in hospitals to give attention to youth needs in health facilities.

While some girls have the knowledge and cannot protect themselves from prematurely falling pregnant, Tumwekwase says they have no access to contraceptives and the flow of information about the same in especially rural areas is very poor.

However, for Tumusiime, the government can do something about sexuality education even with the challenges of the pandemic. He says a health campaign comes in handy now when children are at home and can have access to the radio.

Through segmented messages, children at various levels will have their age-appropriate information to offer them alternative education.

However, in absence of these options currently, NGOs have made some innovations to reach out not only to teenage girls but also their parents although many of such programs only reach a limited audience.

For instance, at RHU, every day of the week welcomes people at its clinics and youths corners for counseling, where experts and some parents share ideas on SRHR, family planning, parenting, and how they can talk to their young people about such issues as sexual health in an environment where there are cultural barriers and economic strain.