Divine, hoped to see a number of sexual reproductive health and rights (SRHR) experts at the health Centre III in vain. She was told the RHU – ACCESS project was no more.

by watchdog
in Health, News
2 0 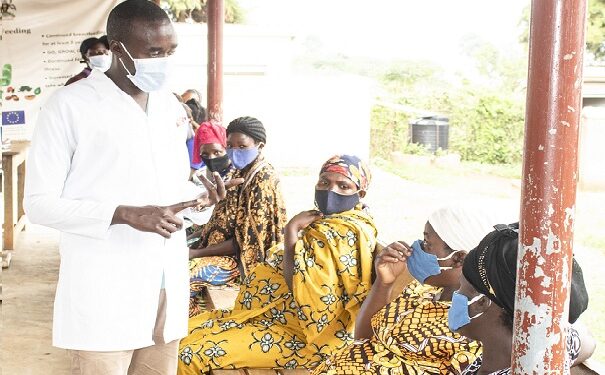 According to a cross section of vulnerable beneficiaries from the ACCESS project in Kikuube district getting free enhanced family planning services will be difficult, if no other intervention is made by RHU and its partners.

Divine, hoped to see a number of sexual reproductive health and rights (SRHR) experts at the health Centre III in vain. She was told the RHU – ACCESS project was no more.

“I heard about family planning and hoped that after giving birth, I would enroll on to family planning in order not to get other unplanned for children in future, space them and do work at home. I was shocked to find the ACCESS project no longer exists and fear I will foot the unaffordable cost of enrolling onto family planning,” Divine says.

She was sited next to Janet Sifa, 25 years who already benefitted from family planning counselling services courtesy of the RHU – ACCESS project.

Sifa, who resides in Musisa village block 62, who brought her child for treatment that day says she has acquired free long-term family planning services after giving birth to her third child.

“I have benefited from the RHU – ACCESS project services of jadelle family planning. I am not getting pregnant and doing productive work and caring for my children and family,” Sifa says.

Several women and their husbands flock health Centre’s in Kyangwali refugee camp to received free integrated and enhanced SRHR services, most of which no longer exist.

29 – year – Jemina Katusabe, a refugee from Democratic Republic of Congo believes with six children now,she needs to enroll on family planning, but at Maratatu health Centre II,the services were not available.

“I heard about the free family planning services offered here by RHU, but to my surprise, when I arrived at the health Centre, I was told the services are no available,” Katusabe says.

Hanifa Nyangoma, OPM’s Community Services Officer in Kyangwali refugee camp says the UKaid funded RHU – ACCESS project closure will affect the vulnerable communities who are willing to give birth every year, yet they don’t want to enroll on to family planning.

Nyangoma says that through RHU’s ACCESS project, outreaches were conducted, communities sensitized about the challenges of giving birth to unplanned for children. The men and women finally enrolled on to using family planning.

“It iscostly to carry out these outreaches to sensitize the refugees about reproductive health, HIV, cervical cancer screening, purchase family planning commodities for these people and this will be missed after the closure of the RHU -ACCESS project in Kyangwali refugee camp,” Nayangoma says.

But Glorious Nyamukiza, Kikuube Assistant District Health Officer in charge of Maternal and Child health says the sudden end to the RHU – ACCESS program will affect the capacity building program, where health services providers are equipped with skills to conduct sterilization, insertion and removal of implants and intra uterine devices at a no cost.

“If the ACCESS project was conducted for the three years or more, we would have more health care providers trained to carry out long term family planning methods and surgeries at a free cost,” Nyamukiza says.

According to Dr. Peter Ibembe, RHU Director of Programs, the ACCESS project which initially was meant to run for three years, was suddenly shortened to nine months by the government of United Kingdom (UKaid).

Dr. Ibembe, says the sudden closure of the ACCESS project has affected the workplans and the effective delivery of enhanced and integrated SRHR and family planning services by RHU to the underserved and vulnerable people in Kikuube district.

Kyangwali refugee camp has close to 130,000 refugees, most of which are women with at least four children each on average.

HENRY MUTEBE: The Good Old Man on the plane: The possibilities hidden in the hand of time