by Mubiru Ivan
in National, News
24 2 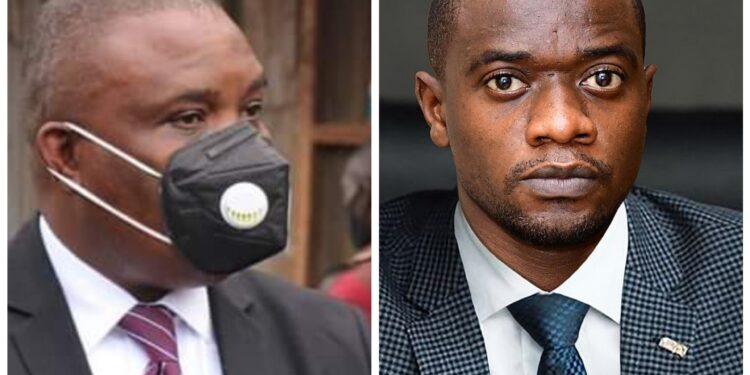 Kampala City Lord Mayor Erias Lukwago has asked relevant authorities to arrest businessman Haruna Sentongo and charge him with murder over the collapse of his building that has since led to the loss of lives.

Over six people have so far been confirmed dead and scores injured.

During a site visit to the premises of the collapsed building on Monday, Lukwagoapologized for and on behalf of Kampala Capital City Authority (KCCA) due to some laxities arising due to the Covid19 pandemic.

He said several devious people have used this period to erect deficient buildings past the curfew hours.

“Such quick fixes have exposed many Ugandans to danger and the proprietor Haruna Sentongo, Supervisors and Engineers should be prosecuted for murder. So far, six people have been confirmed dead and several others still trapped under the rubble,” Lukwago noted.

He further committed that going forward, his leadership will push for the arrest of city property mogul Sentongo and all those involved as a move to fight impunity of those who abuse all processes and standards.

“The Building Committee is going to tighten the noose in the approval of plans, all those buildings approved during this Covid-19 period are going to be assessed and a decision taken on the way forward.

” And lastly, the remaining structure is going to be brought down after engaging with the relevant stakeholders because it is also a catastrophe in waiting,” he added.