According to Gen Muhoozi, the criminals target only vulnerable victims like the elderly, and women who are less likely to fight back. 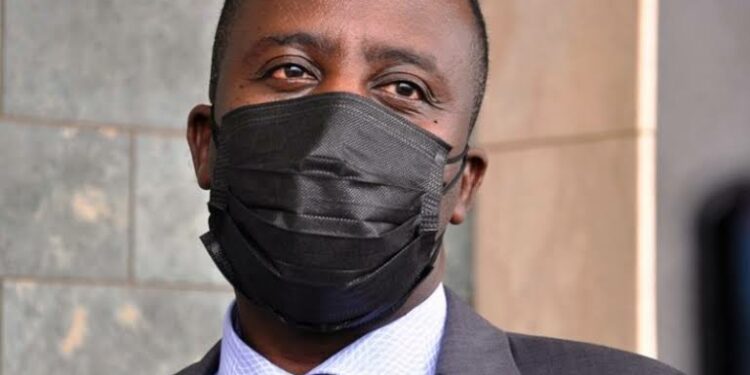 Government has come out to explain the heightened rampant killings that are taking place in greater Masaka region.

The killings which began in Lwengo District in the month of June, later spread into other neighboring districts like Masaka city, Kalungu and Masaka district claiming more than 25 people as of today.

State minister for Internal Affairs, Gen. David Muhoozi told Parliament on Tuesday afternoon that the perpetrators of the crimes are not after taking any possessions from their victims. He stated that the criminals in some incidences use the phones of their victims to communicate to the relatives with the motive to cause fear, terror and apprehension in the public.

He linked the killings to acts of terrorism.

According to Gen Muhoozi, the criminals target only vulnerable victims like the elderly, and women who are less likely to fight back.

The immediate former Chief of Defence Forces says the killers strike between 8 and 10pm, and using a blunt object, hit the victims on the head indiscriminately, a killing pattern which is similar.

According to narratives of survivors which were captured in the minister’s report, the killers move on foot and sometimes use motor-cycles as they hold machetes and other blunt objects.

Police have arrested dozens of suspects and their cases are being processed for prosecution. Police and sister security organs have put in motion several other interventions like joint operations in small squads, check points and launched searches for suspects.

Other interventions pronounced include intensified intelligence for any related lead information, foundation security mobilization formation of security committees in the affected communities and reinforcement of the police with additional boots on the ground as well as reinforcement with canine units and other technical capabilities.

The Army General assured Parliament that police and other security agencies shall be provided with adequate logistics to intensify the operations within Masaka, Lwengo, Rakai and Bukomansimbi Districts in order to arrest the culprits and have them prosecuted.

Government has also set up regular mobilization meetings between security teams and residents as a way of instilling confidence in the communities and also enhancing information collection.

He also pledged to send specialized investigation teams from Kampala to handle case management properly and ensure those arrested are successfully prosecuted.

Government is also reorganising foundation security within the communities with all the critical strands of timely intelligence, coordination, a communication and rapid reaction, according to Gen Muhoozi.

Finally located: Here is the secret place where blogger Lumbuye is being detained